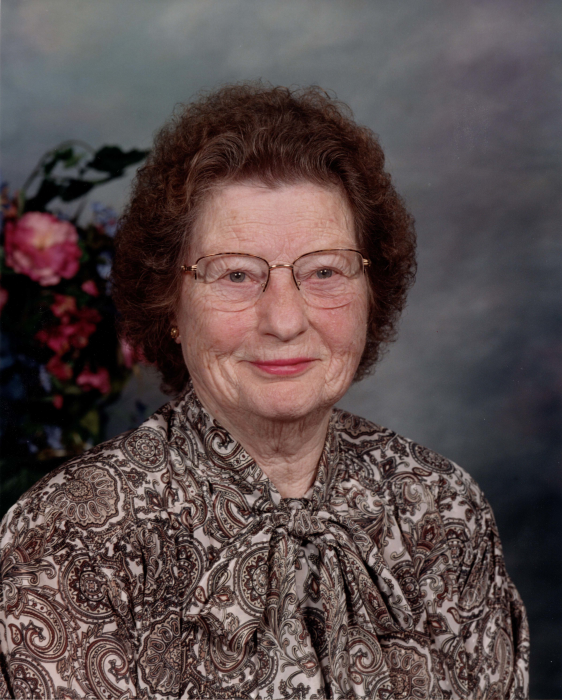 Margaret Mabel (Weber) Kuntz, age 101, of Hayward, California, passed away Monday, October 21, 2019 at San Ramon Regional Medical Center in San Ramon, California. She had lived in her beloved family home in Hayward which she and her husband had purchased in 1951 until a fall in July 2019 resulted in her requiring full-time care. After her hospital stay, she had been residing comfortably at The Reutlinger Community in Danville since early August. Margaret Kuntz, born April 29, 1918 in London Township, Freeborn Minnesota, was the eldest child, born to the late Reinhold and Rosie (Chapek) Weber. She married the late Orville William Kuntz (11/1915 - 5/1970) on July 27th 1941 in Lancaster, Missouri. As a young mother during WWII, Margaret contributed to the effort working in a munitions plant while her husband served overseas in the Philippines. Shortly after the war they moved to California where she was a homemaker and raised her son and daughter and several foster children. She later became a licensed day-care operator, cherishing her time with the infants and toddlers with whom she was entrusted with. She took great joy in keeping in contact with many of these children as they grew to adulthood. Margaret was an avid gardener and loved to raise beautiful flowers.

Funeral services will be held at 11:00 a.m. on Tuesday, October 29, 2019 at Worlein Funeral Home Chapel in Austin. Visitation will take place one hour prior to the service at the funeral home on Tuesday. Interment will be in Greenwood Cemetery, 80070 150th St., Glenville, MN 56036. Memorials can be directed to recipient of donor’s choice. Worlein Funeral Home of Austin is assisting the family with arrangements.

To order memorial trees or send flowers to the family in memory of Margaret Kuntz, please visit our flower store.