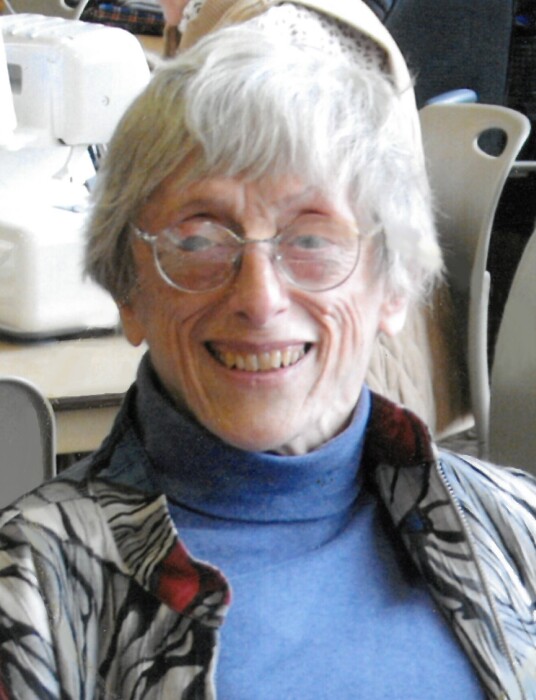 Margaret Ruth Blue, 86, of Austin, MN passed away at home Tuesday, August 11, 2020. Margaret was born on March 16, 1934 in Le Mars, IA to Mary (Wallace) and Arthur Blue, the 3rd of six children. She graduated from Canton, MO high school in 1952. She graduated from Cornell College and completed coursework for a PhD. in mathematics at Ohio State University. She then spent 2 and 1/2 years teaching high school mathematics in a Nigerian school with the Peace Corps. Returning to the United States, she earned a Master of Library Science degree from the University of Pittsburgh. Margaret worked in the libraries of the University of Nebraska in Lincoln, Crerar Library at ITT in Chicago, and the University of North Dakota in Fargo. After her retirement she moved to Austin, MN. She was a member of Westminster Presbyterian Church where she served as a deacon and greeter; led Rebekah Circle; crocheted prayer shawls and seamen’s hats; and played in the bell choir. She was a member of the Ladies Floral Club and had served as treasurer. She was also a member of the Mower County Historical Society, Friends of the JC Hormel Nature Center, Sierra Club, and the Audubon Society. She enjoyed living at the Chauncey Apartments where she often hosted the Saturday morning coffees and was known as a picture puzzle whiz.

Survivors include her sisters, Helen (William) Holder of Austin, Kathryn Blue of Williamsburg VA; 9 nieces and nephews; 17 great nieces and nephews and their families. She was preceded in death by her parents; sister, Sylvia Robertson; brothers, John Blue and Richard Blue.

A memorial service will be held at 1:00 p.m. on Wednesday, August 26, 2020 at the Westminster Presbyterian Church in Austin. Visitation will take place one hour prior to the service at the church on Wednesday. Those wishing to make donations in her memory may do so to Westminster Presbyterian Church, Mower County Historical Society, JC Hormel Nature Center, or the Gideons. Worlein Funeral Home in Austin is assisting the family with arrangements.

To order memorial trees or send flowers to the family in memory of Margaret Blue, please visit our flower store.