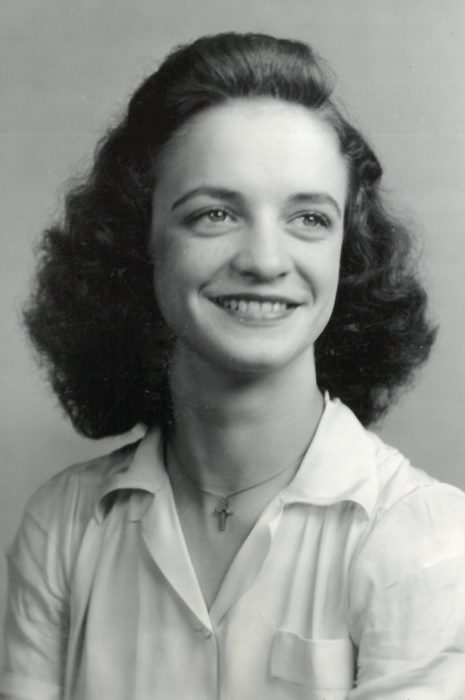 Marcella M. Meeker, age 99 of Austin, Minnesota, passed away Monday, May 20, 2019 at Mala Strana Health Care Center in New Prague, Minnesota. Marcella Marjorie Baldner was born in Adams, Minnesota, to Roy and Clara (King) Baldner on October 13, 1919. She attended Shaw School and graduated from Austin High School in 1937. Following high school, Marcella worked at Hormel Foods in Austin as a secretary for 10 years. On December 15, 1944, she was united in marriage to Myron Meeker at St. John’s Lutheran Church in Austin. In 1946, they moved to Osage, Iowa, where they owned and operated a bowling alley with Myron’s parents. The couple returned to Austin in 1949 and were blessed with three children. Marcella enjoyed her role as homemaker, wife and mother. She was an active member of St. John’s Lutheran Church, where she belonged to the Ladies’ Aid and bowled on the church league for many years.  She also volunteered as a typist for the Red Cross blood drives.  Marcella was well loved and will be greatly missed by all who knew her.

Graveside services will be held at 2:00 p.m. on Friday, June 14, 2019 in Oakwood Cemetery, Austin, Minnesota. Worlein Funeral Home of Austin is assisting the family with arrangements.

To order memorial trees or send flowers to the family in memory of Marcella Meeker, please visit our flower store.