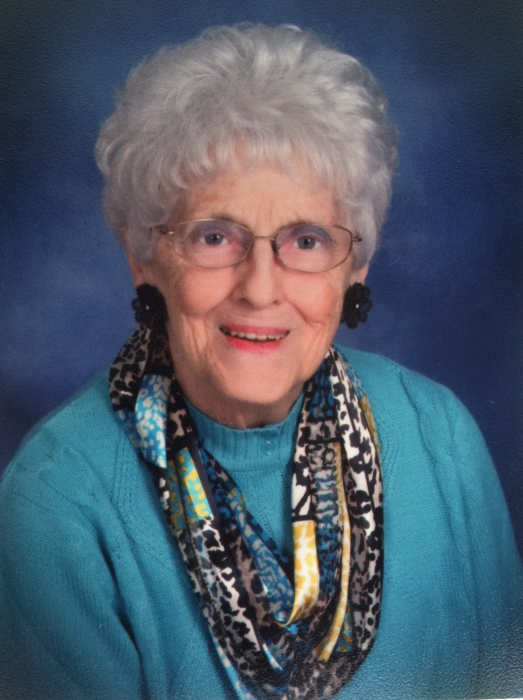 Madelon M. Collette, age 93 of Austin, Minnesota died Sunday, May 10, 2020, at St. Mark’s Living in Austin.  Madelon Mavis Wilson was born March 22, 1927 in Floyd, Iowa to Delbert and Leona (Rowe) Wilson. Madelon and her 2 sisters lost their father when Madelon was three. When Leona remarried Harry Miller of Albert Lea, MN, Madelon was excited to welcome three new siblings to the now blended family. In time, a new brother arrived to complete their family unit. Madelon was graduated from Albert Lea High School in 1945. On October 26, 1946, she married Donald Lostegaard. Madelon took a job at the Wagon Wheel in Austin, MN, but eventually joined the secretarial pool for the Hormel Foods Corporation. During her tenure, she held positions in the insurance, personnel, transportation, purchasing, and grocery products divisions. She formed lifelong friendships with her many bright, creative, vivacious colleagues. In another era, they would surely have run the place.

Together Madelon and Don raised two daughters. Madelon designed, sewed, and coordinated the family wardrobes. Date-nights, family nights, and social get-togethers often included square-dancing. Madelon created elaborate cakes - at least one or two may have garnered media attention. The family belonged to Red Oak Grove Lutheran Church where Madelon volunteered with the Sunday school program, the youth groups, and as president of the Dorcas Mission Circle. When Don became ill, painting became good therapy for both. During this therapeutic process, Madelon discovered a true talent she developed in the ensuing years.  Don passed away in January 1977.  On October 4, 1980, Madelon married Wesley Collette of Austin, Minnesota. Madelon joined Wes in “retirement” from Hormel Foods March 1983 after 34 ½ years. Both loved arts and crafts. Together, they operated Collette’s Country Corner for 18 years and participated in craft shows throughout the region. They sold more than 200 of Madelon’s oil paintings and thousands of figurines and statues created by both. Most importantly, they made new friends wherever they landed. Throughout, Madelon and Wes remained active at Red Oak Grove Lutheran Church. Madelon served as both vice president and president of WELCA. She served on the Board of Directors of the Mower County Senior Center, and she volunteered with Wes at the J.C. Hormel Nature Center. One year they were crowned Spam King and Queen. Wes died November 18, 2001. After 46 years on the farm, Madelon moved to Austin in 2005. She remained active and engaged right through the “stay at home” whether at Carriage Homes Drive, Primrose Retirement Community, or St. Mark’s Living.

Madelon’s love was universal and inclusive. She loved adults, children, and animals. Family was especially important to her but was not defined by blood. Her favorite hobby was making friends. She enjoyed spending time with her children, grandchildren, great-grandchildren, great-great-grandchildren, nieces, nephews, neighbors, friends, strangers, cousins, caregivers, delivery drivers, et. al.  She also enjoyed reading, journaling, dancing, and playing cribbage, pinochle, and the occasional lucky slot machine. She loved her cats, Kodiak and Hunter.

Madelon was preceded in death by her parents, her first husband Don Lostegaard, her second husband Wes Collette, one son and one daughter at birth, her siblings Avis Johnson, Phyllis Morris, Wayne Miller, Marvin Miller, and Jerald Miller, her grandson Steve Collette and numerous other beloved family and friends.

A Celebration of Life will be held at a later date due to the COVID-19 restrictions. Private family interment will be in Red Oak Grove Lutheran Cemetery. Memorials can be directed to Red Oak Grove Church, or recipient of donor’s choice. Services are prearranged and performed with Worlen Funeral Home in Austin.  Condolences may be expressed to the family online at www.worlein.com.

To order memorial trees or send flowers to the family in memory of Madelon Collette, please visit our flower store.