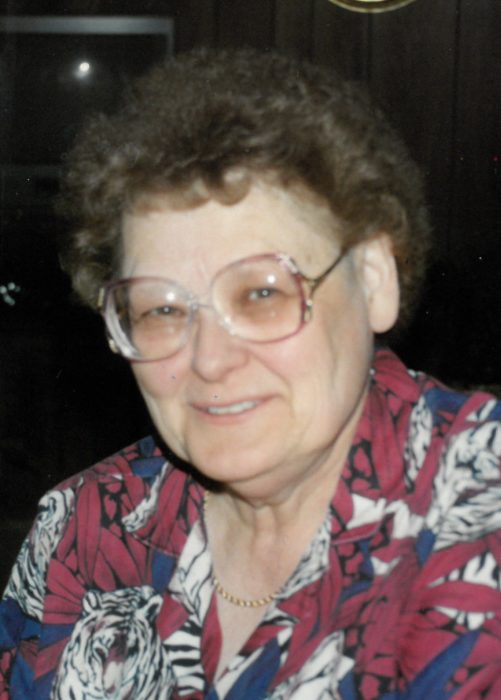 Lucille V. Wollenburg, age 87 of Austin, Minnesota, passed away Wednesday, November 13, 2019 at her home in Austin. Lucille Virginia Gilbertson was born in Owatonna, Minnesota, to Walter and Elfrieda (Malakowsky) Gilbertson on April 5, 1932. She attended Austin High School, graduating in 1950. She worked for Woolworth Store as a bookkeeper from 1951 to 1954. Lucille was united in marriage to Gerhard Wollenburg on December 2, 1954 at Grace Lutheran Church in Austin. To this union four children were born. Aside from being a homemaker, Lucille worked as a bookkeeper for Gerhard’s Racing Business and was a tax preparer for many years. She was also a seamstress and made most of her family’s clothing for several years. Lucille was the mom of the neighborhood kids, always ready with cookies or band aides when needed. Over the years she would collect many items including, dolls, plates, and anything related to Snow White and the Seven Dwarfs or John Wayne. Lucille was a member of St. John’s Lutheran Church and will be greatly missed.

Funeral services will be held at 1:00 p.m. on Tuesday, November 19, 2019 at St. John’s Lutheran Church in Austin, Minnesota. Visitation will be held from 4:00-6:00 p.m. on Monday, November 18, at Worlein Funeral Home in Austin and will continue for one hour prior to the service at the church on Tuesday. Interment will be in Grandview Cemetery, Austin. Worlein Funeral Home of Austin is assisting the family with arrangements.

To order memorial trees or send flowers to the family in memory of Lucille Wollenburg, please visit our flower store.