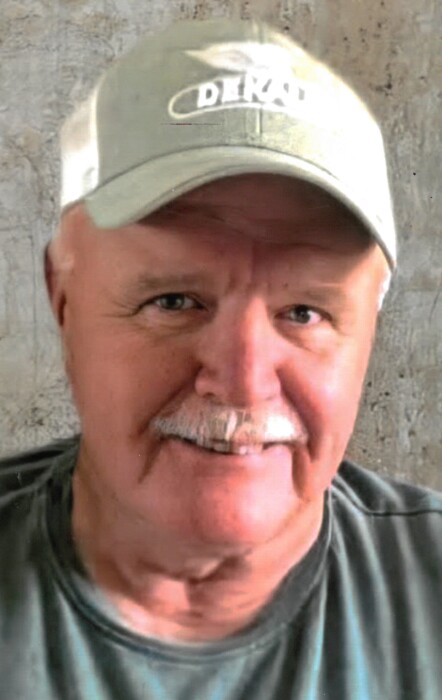 Lowell Roger Franzen, age 67 of Lyle, Minnesota, passed away peacefully at home with his wife at his bedside on Wednesday, August 26, 2020. He was able to say his goodbye’s to family and friends. Lowell was born to Larry and Lynda (Beck) Franzen on November 19, 1952 in Austin, Minnesota. He graduated in 1970 from Lyle High School. On February 2, 1971, Lowell enlisted into the United States Army serving until October 26, 1972. On June 24, 1971, he married his high school sweetheart, Barbara Hill Franzen at the Little Cedar Lutheran Church in Adams, Minnesota. The couple was blessed with 49 years of marriage. Lowell continued his education and attended community college, where he received an Associate Ag Business degree. He was employed by Mower County Soil and Water District for 31 years. During that time, he served as Mower County Feedlot Officer, one of the first 10 in the State of Minnesota. Lowell was an advocate for farmers taking great pride in his own farming and preserving the land for future farmers. He believed strongly in land conservation and planted many trees for Mower County. He was a member of  Our Savior's Lutheran Church in Lyle, Minnesota, and was a school board member for Lyle, for many years. Lowell’s family always came first. He enjoyed woodworking and creating things for his grandchildren. Lowell will be dearly missed by all who knew and loved him.

To order memorial trees or send flowers to the family in memory of Lowell Franzen, please visit our flower store.