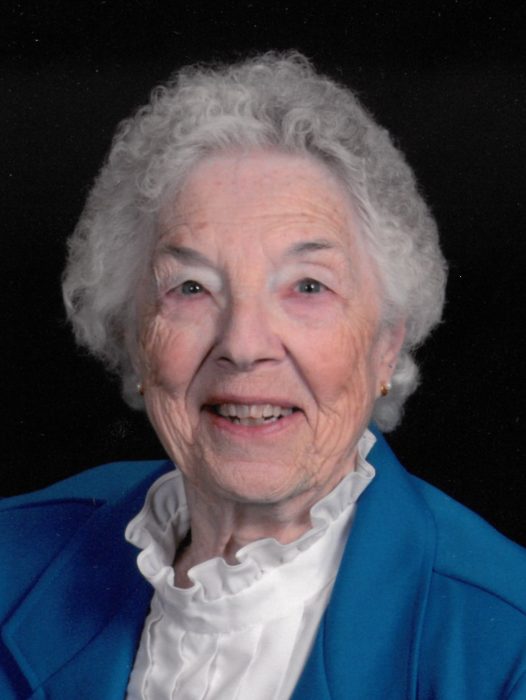 Lorraine Elizabeth Marie Klinger, age 92 of Austin, Minnesota, passed away Friday, January 31, 2020, at Good Samaritan Society – Comforcare in Austin. Lorraine Krause was born in Waseca County, Minnesota, to John and Metha (Schuldt) Krause on March 1, 1927. She attended country school and graduated from Waseca High School in 1945. While in high school from 1944-1945, Lorraine helped the war effort by assembling aircraft radios at E.F. Johnson in Waseca, Minnesota. She met Wesley Klinger on New Year’s Eve in 1945, and after dating for some time, the two married on August 25, 1946, in Waseca. While Wesley attended the Minnesota School of Business on the G.I. Bill, Lorraine worked at Montgomery Wards. They then made their home in Austin in 1954. Then after their children were born, she became a full-time homemaker. She had spent several years transcribing for Wesley who was a court reporter for the 6th District Federal Court (Judge Plunkett). Lorraine was a member of Our Savior’s Lutheran Church in Austin, and a past member of St. John’s Lutheran Church, where she was active in Ladies Aid. Family was her greatest joy and she cherished time with them, especially her grandchildren, attending many musical and sporting events that her family participated in. Lorraine enjoyed decorating for all seasons but she especially loved decorating for Christmas, which was very important to her. She was loved dearly by her family and friends and will be greatly missed.

Funeral services will be held at 11:00 a.m. on Saturday, February 8, 2020 at Our Savior’s Lutheran Church in Austin. Visitation will take place one hour prior to the service at the church. Interment will be in Oakwood Cemetery, Austin. In lieu of flowers the family prefers memorials. Services are prearranged and performed with Worlein Funeral Home of Austin.

To order memorial trees or send flowers to the family in memory of Lorraine Klinger, please visit our flower store.