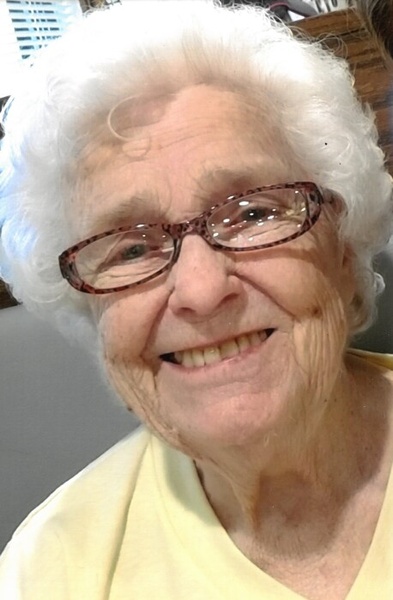 Lorraine “Joan” Deyo, age 92 of Austin, Minnesota passed away peacefully Sunday, October 25, 2020, at Prairie Senior Cottages of Albert Lea. Joan was born in Mankato, Minnesota, to Bernie and Jennie (Jorgensen) Skjeveland on June 3, 1928. She grew up in Austin and attended Austin Schools. On March 30, 1946, Joan was united in marriage to Mike Deyo in Austin. The couple was blessed with three children, Desiree, Sandra and Steven. Joan worked numerous jobs serving the community of Austin. Joan liked playing games, crocheting, and loved her shopping trips. She also enjoyed being outdoors, fishing, and camping. Joan will be dearly missed.

A funeral service will be held at 3:00 p.m. on Friday, October 30, 2020 at Worlein Funeral Home Chapel in Austin, Minnesota. Visitation will take place from 1:00-2:30 p.m. prior to the service at the funeral home on Friday. Interment will be in Grandview Cemetery, Austin. Memorials are preferred to recipient of donor’s choice. Worlein Funeral Home of Austin is assisting the family with arrangements.

To order memorial trees or send flowers to the family in memory of Lorraine Deyo, please visit our flower store.