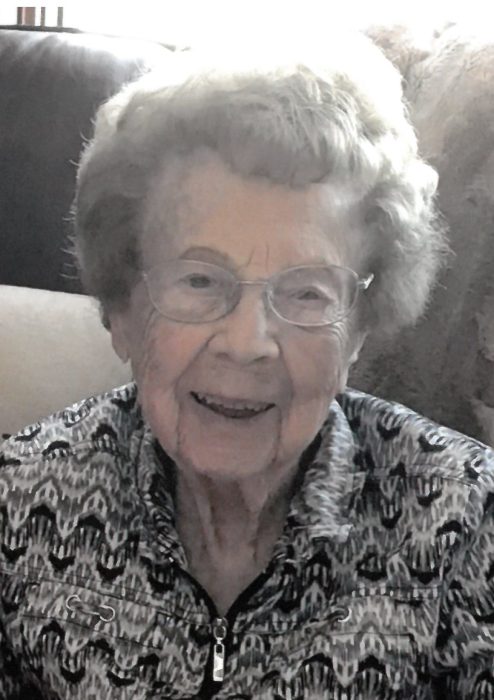 Lois H. Dillavou, age 99 of Austin, Minnesota, former resident of Rose Creek, Minnesota, passed away Wednesday, December 18, 2019 at Primrose Retirement Community of Austin. Lois Harriet Hougard was born February 28, 1920 in Albert Lea, Minnesota, the daughter of Albert and Meta (Bohl) Hougard. She grew up in Albert Lea and graduated from Albert Lea High School in 1936. After graduation, Lois worked for Northwestern Bell for 9 years. On November 28, 1946, she was united in marriage to Elner Dillavou at Trinity Lutheran Church in Albert Lea. Their union was blessed with two children. In 1950, the Dillavous moved to their farm near Rose Creek where she became a full-time homemaker raising her two sons and helping on the farm. Lois was a wonderful wife, mother, grandmother, and great grandmother with a calm and soothing disposition and especially treasured time spent with her grandchildren. She belonged to the Rose Creek Literary Club, The So Called Club, and was a past member of the Westminster Presbyterian Church. Lois loved music and enjoyed playing the organ and piano. She also enjoyed yardwork and liked to travel, making several trips overseas. Lois will be remembered for her unconditional love for her family and as a devoted friend to many, she will be dearly missed.

A private service will be held. The family would like to thank the staff at Primrose Retirement Community and Mayo Clinic Hospice for the care they provided Lois. In lieu of flowers memorials can be directed to the American Macular Degeneration Foundation, P.O. Box 515 Northampton, MA 01061-0515 or Mayo Clinic Hospice. Services are prearranged and performed with Worlein Funeral Home of Austin.

To order memorial trees or send flowers to the family in memory of Lois Dillavou, please visit our flower store.