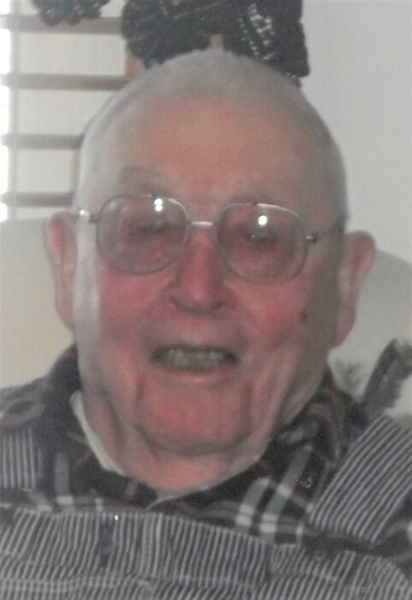 Leslie Howard Jensen, age 102 of Mapleview, Minnesota, passed away Monday, May 25, 2020, at St. Mark’s Living in Austin. Leslie was born June 20, 1917 in Freeborn County, Minnesota, the son of Walter and Anna (Nelson) Jensen. On June 29, 1940, he was united in marriage to Irene Marie Moen in Osage, Iowa. The couple lived and farmed in Newry Township, Freeborn County area for 20 years. Leslie then farmed for six years in Mower County near Brownsdale. In January of 1970, they moved west of Austin, where Leslie began working for Oakwood Cemetery for six years. In 1987, they moved to Janesville, Minnesota. In 2005, they moved to Mapleview, Minnesota, where they resided the rest of their years. His hobbies throughout the years consisted of fishing and going for car rides.  Leslie will be dearly missed by all who knew and loved him.

Due to the COVID-19 protocol a private family funeral service will be held at Worlein Funeral Home in Austin. Interment will be in Geneva Cemetery. In lieu of flowers, send memorials to the American Cancer Society, church or charity of choice. Services are prearranged and performed with Worlein Funeral Home of Austin.

To order memorial trees or send flowers to the family in memory of Leslie Jensen, please visit our flower store.