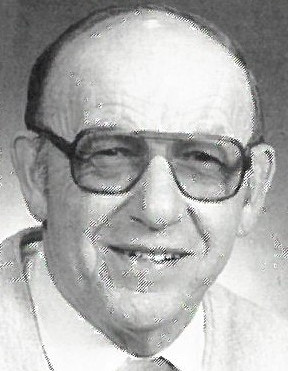 Leonard Martin Lueders, age 99, of Austin, Minnesota, passed away on Thursday, April 28, 2022, at Good Samaritan Society – Comforcare in Austin. Leonard was born July 21, 1922, in Jonesville, IN, to Karl and Adeline (Kolander) Lueders. He graduated in 1940 from Faribault High School. In October of 1942, Leonard enlisted into the United States Navy serving during WWII and earned the rank of machinist 2nd class. He was honorably discharged from the service in January of 1946. Leonard was united in marriage to Phyllis Wobbrock in Faribault, Minnesota, on October 19, 1946. Their union was blessed with four children. In 1947, he began his 36-year career with Hormel, retiring in 1984. Leonard enjoyed bowling and was a member of St. Peter’s Lutheran Church, where he was active in many church activities. He will be greatly missed by all who knew and loved him.

A funeral service will be held at 11:00 a.m. on Friday, May 6, 2022, at Worlein Funeral Home Chapel in Austin. Visitation will take place one hour prior to the service. Interment will be in Grandview Cemetery, Austin. Memorials can be directed to recipient of donor’s choice. Services are prearranged and performed with Worlein Funeral Home of Austin.

To watch the livestream of this service please follow this link: https://online.brushfire.com/dts/worleinfuneralhome/kf8rp5qn4w

To order memorial trees or send flowers to the family in memory of Leonard Lueders, please visit our flower store.