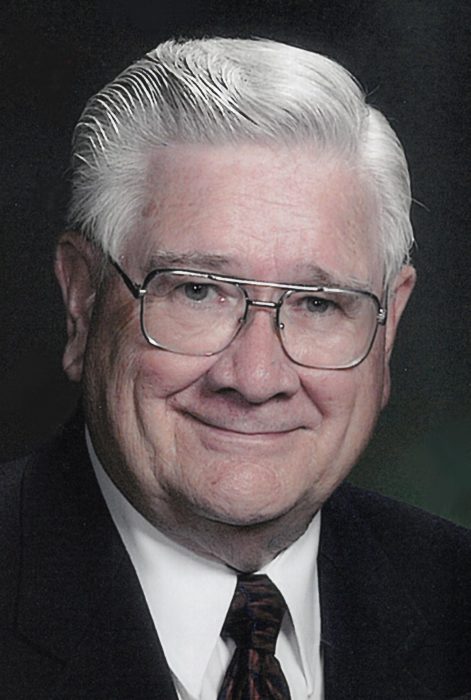 He was born June 20, 1928 on a farm just outside of Lynd, Minnesota, to Elias and Martha Hoversten, one of fourteen children. Kermit was baptized and confirmed at Hemnes Lutheran Church. He attended country school and graduated from Minneota High School. Kermit then went on to attend Augsburg College and graduated from the University of Minnesota Law School on June 19, 1952.

On June 25, 1949, he was married to Ruth Hammer. Prior to his death they celebrated their 70th wedding anniversary.

Kermit was a devoted and loving husband to his wife, Ruth, and a beloved father, grandfather, and great-grandfather. He was a talented storyteller, regaling his children and grandchildren with ghost and adventure stories. Kermit was an attentive and gentle father. No one was better than he was at soothing a sick child, often rubbing their legs to "get the bad germs out."

Kermit and Ruth traveled throughout the United States, parts of Europe and Africa. His favorite trip was to Norway, where he visited the farm where his mother was born and raised and toured the island of Rennesoy, where the Hoversten clan originated.

Kermit loved spending time at his cabin in Crosslake, Minnesota, especially when his children and grandchildren could be there. At times the whole cabin was filled with people - and with laughter, joy, and makeshift beds. He brought everyone on boat rides, took the kids fishing, and spent rainy days with restless little ones. His favorite activity was taking his grandchildren on walks in the woods, pointing out deer, watching out for bears, and occasionally avoiding a skunk waddling a little too close for comfort.

Kermit was the city attorney for Austin, Minnesota, for 34 years and practiced law for close to 60 years. Kermit was a long-time board member for the Hormel Foundation, serving a term as vice president. He was on the board of directors at St. Olaf Hospital, Northwestern State Bank, and for the local Boy Scout Council, earning the Silver Beaver award. Kermit was also a president and a member of the church council for Our Savior's Lutheran Church in Austin, president and a board member of the local AAA Auto Club in Austin, president of the Austin Country Club, and received an Austin Chamber of Commerce award.

Funeral services will be held at 11:00 a.m. on Saturday, February 15, 2020, at Our Savior's Lutheran Church in Austin. Visitation will take place one hour prior to the service at the church on Saturday. Interment will be in Oakwood Cemetery, Austin. In lieu of flowers, memorials are preferred to Our Savior's Lutheran Church or recipient of donor's choice. The family would like to thank the staff of Primrose Retirement Community for the wonderful care they gave Kermit and also St. Croix Hospice Care. Worlein Funeral Home of Austin is assisting the family with arrangements. Condolences may be expressed to the family online at www.worlein.com.

To order memorial trees or send flowers to the family in memory of Kermit Hoversten, please visit our flower store.