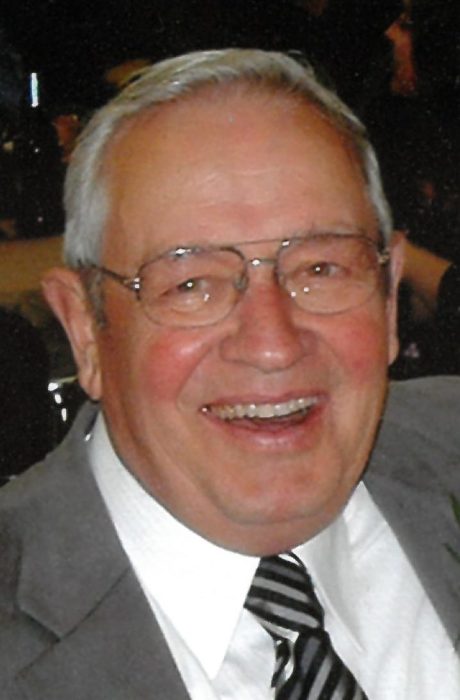 Kenneth William Winzenburg, age 84 of Blooming Prairie, Minnesota, passed away Sunday, November 17, 2019 at Homestead Hospice House in Owatonna, Minnesota. Kenneth was born July 11, 1935 in Freeborn County, Minnesota, to Merrill and Annette (Peterson) Winzenburg. He attended Freeborn County country school, then his family moved to Blooming Prairie, where he graduated from Blooming Prairie High School in 1953. After graduation, Kenneth worked for a short time, then in April of 1954, he joined the Army, serving in the Korean War and earned the rank of Sergeant. He was honorably discharged in February of 1956. After returning from the Army, Kenneth started on a route with Marigold Dairy in Austin, then returned to Blooming Prairie and was a self-employed milk hauler and also drove school bus. On April 28, 1956, he was united in marriage to Lois Underwood at St. Columbanus Catholic Church in Blooming Prairie. Their marriage was blessed with eight children. Kenneth started farming in 1961. In 1964, he bought his parents farm west of Blooming Prairie, where he continued to farm until 2000. From 1985 until his retirement in 2000, he also worked for the U.S. Postal Service in Faribault, Minnesota. Kenneth was a member of St. Columbanus Catholic Church and Knights of Columbus, where he was a Grand Knight. He was also active in the American Legion, volunteering at the Blooming Prairie Servicemen’s Club, and drove van for the Steele County Veteran’s Services. He enjoyed traveling, golfing, and served on the Blooming Prairie Elevator and PCA board. Kenneth will be dearly missed by all who knew and loved him.

To order memorial trees or send flowers to the family in memory of Kenneth Winzenburg, please visit our flower store.