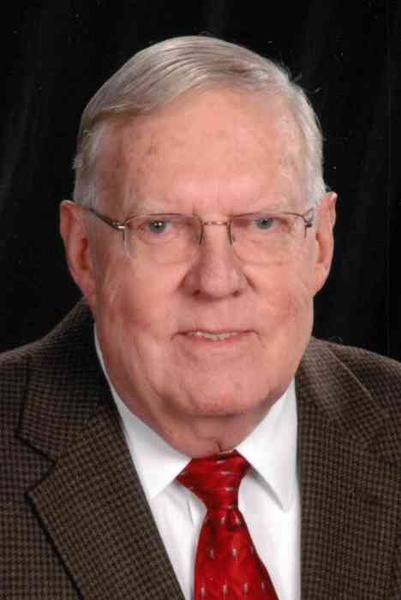 Kenneth Carlson, age 88 of Austin, Minnesota passed away Friday, July 12, 2019 at Aurora on France in Edina, Minnesota. Ken was born September 7, 1930 to Ruth and Fred Carlson in Austin, MN. While still in high school, he worked part time in the Hormel Foods Corporation invoice department. Ken graduated from Austin High School in 1948, Austin Community College in 1950, and from the University of Minnesota in 1953. On May 2, 1953, he married Signe Larsen in Fosston, MN. They both moved to Austin and he started what would be a 40-year career at Hormel. In 1954, Ken was transferred to the Hormel plant in Fort Dodge, IA, during which time he held positions as Industrial Engineer & Safety Director and Purchasing Manager. Ken and Signe lived in Fort Dodge for 23 years and raised their family, Fred, Becky, and Phil, there. In 1977 he and his family moved back to Austin, MN, where he continued his career with Hormel Foods as the Corporate Manager of Safety and Security until his retirement in 1993. Ken and Sig enjoyed their summers at their Leech Lake home for many years.  They also enjoyed part of their winters at South Padre Island, Texas.

Ken and Sig were active members of churches wherever they lived. In Ft. Dodge, Ken was active in Good Shepherd Lutheran Church, serving many offices, including Chairman of the Building Committee when they built their new church and Choir Director for over 20 years.  In Austin, Ken served on various boards and sang in the choir at St. John’s Lutheran Church. They were also Associate Members of Immannuel Lutheran Church of Walker, MN during many summers after retirement.

Ken was a gifted musician, playing piano and clarinet and singing. Playing with the Fort Dodge Municipal Karl King Band for 20 years was a passion and joy for Ken. He served as the band’s secretary-treasurer for most of those years. The band performed concerts year-round, but the schedule was heaviest in the summer. Every Sunday evening, Signe and the kids would head to the bandshell at Oleson Park and to the City Square on Thursday evening to listen to the free concerts performed by the band. After moving to Austin, he served on the Austin Symphony Board of Directors where he held various offices, including President.

Ken took safety at the Hormel plant seriously. He was involved with the North Central Engineers Club and the Industrial Safety Association of Iowa which later became the Iowa Safety Council and served as President of both organizations. After moving back to Austin, he served on the Board of Directors of the Minnesota Safety Council, as Chairman of the Meat and Leather Industries of the National Safety Council, and on the American Meat Institute Safety Committee.

Memorial services will be held at 11 a.m. on Tuesday, July 30, 2019, at St. John’s Lutheran Church in Austin. There will be a visitation for one hour prior to the service at the church. Interment will be held in Oakwood Cemetery of Austin. Memorials preferred to St. John's Lutheran Church. Services are arranged by Worlein Funeral Home of Austin.

To order memorial trees or send flowers to the family in memory of Kenneth Carlson, please visit our flower store.