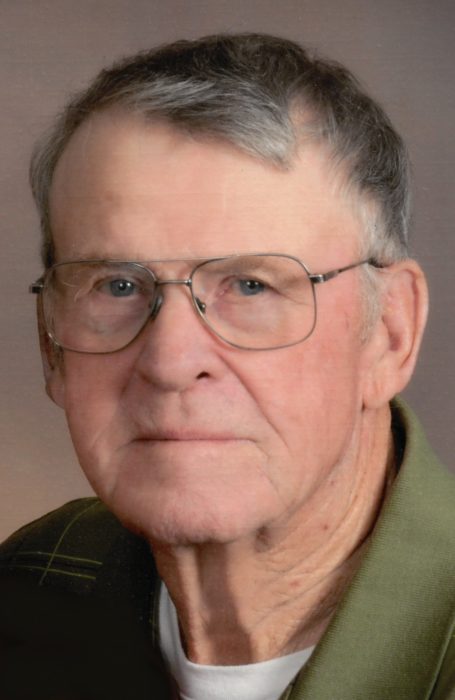 Kenneth Eugene Anderson, age 82, of Blooming Prairie, Minnesota, passed away on Wednesday, January 1, 2020 at Thorne Crest Nursing Home in Albert Lea, Minnesota. Kenneth was born to Julius & Florence Anderson on May 25, 1937, on the Anderson family farm in rural Lansing, Minnesota. While growing up, Kenneth attended the District 30 Joint Taylor country school near Corning, Minnesota. After Kenneth’s schooling, he served his country in the Army Airborne from 1955 to 1959.  In 1956, Kenneth married Sharon Johnson in Lafayette, Georgia.  In 1973, Kenneth started working as a truck driver for Ulland Brothers Road Construction of Albert Lea, MN. While doing so, Kenneth loved his job and notoriously loved to visit with people, as well as hear and tell stories. Also in 1973, Kenneth began farming the family farm, another job that he loved dearly.  At age 64, Kenny retired from Ulland Brothers in 2001, after working there 28 years. He continued farming for a few years after his retirement.

Funeral services will be held at 11:00 a.m. on Tuesday, January 7, 2020 at St. Olaf Lutheran Church in Austin. Visitation will be held from 4:00-7:00 p.m. on Monday, January 6, at Worlein Funeral Home in Austin, and will continue for one hour prior to the service at the church on Tuesday. Interment will be in Fairview-Oakland Cemetery, rural Oakland, Minnesota. Military rites by the American Legion Post 91 and V.F.W. Post 1216. Services are prearranged and performed with Worlein Funeral Home of Austin.

To order memorial trees or send flowers to the family in memory of Kenneth Anderson, please visit our flower store.