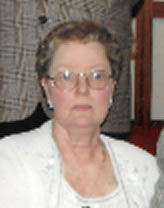 Juanita M. Young, age 72 of Austin, Minnesota, passed away Monday, January 28, 2019 at Prairie Manor Care Center in Blooming Prairie, Minnesota. Juanita May Pieper was born on October 18, 1946, in Austin, Minnesota to Vincent Sr. and Viola (Hanson) Pieper. She attended Austin Schools and graduated from Rose Creek High School in 1964. On November 22, 1986, Juanita was united in marriage to Robert Gehring at Crane Community Chapel in Austin. Robert died November 11, 2002. She worked for Hormel Foods in Austin for 25 years, retiring in 1989. On May 21, 2007, Juanita married Larry Young at St. Augustine’s Catholic Church in Austin. Larry passed away January 8, 2010. She was a member of the VFW Auxiliary, DAV, Crane Community Chapel in Austin, and was an Austin Mayo Clinic Hospice volunteer and a Crime Victims Resource Center volunteer. Juanita liked to travel, read, paint, embroidery, and later in life learned to quilt. She will be missed dearly by all who knew and loved her.

Memorial services will be held at 11:00 a.m. on Saturday, February 2, 2019 at Crane Community Chapel in Austin with Pastor Dale Christiansen officiating. Visitation will be held for one hour prior to the service at the church on Saturday. Interment will be in Cedar City Cemetery, rural Austin, MN in the spring. Memorials can be directed to recipient of donor’s choice. Services are prearranged and performed by Worlein Funeral Home of Austin.

To order memorial trees or send flowers to the family in memory of Juanita Young, please visit our flower store.