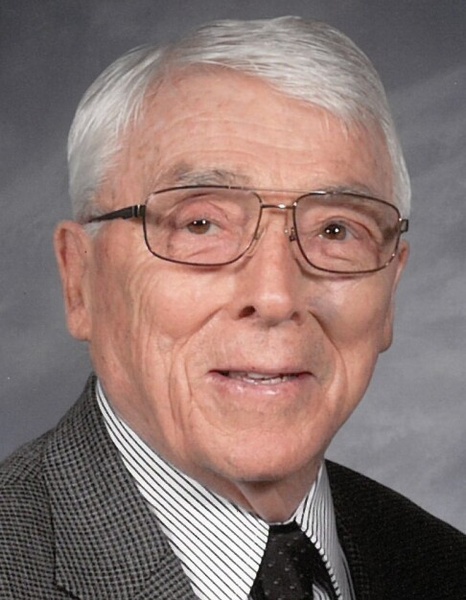 Joseph Thomas Murphy, age 93, of Austin, Minnesota, passed away on Monday, January 3, 2022, at Mayo Clinic Health System Austin. Joseph was born July 25, 1928, in Lime Springs, Iowa to Goldie V. and Thomas J. Murphy. The family lived on a farm near Preston, Minnesota until 1939, when they moved to Austin, Minnesota. He attended schools in York Township, Preston, and Austin Catholic Schools. He married Audrey Ann Block on November 9, 1949, at St. Hyacinth Catholic Church in Owatonna, Minnesota. Joe worked at Hormel Foods in Austin for 42 years while they raised their 5 children. He enjoyed camping, swimming, traveling, walking, and taking care of his yard. He was an avid motorcycle enthusiast and enjoyed motorcycle trips with his two sons. Joe was an avid woodworker and made lawn furniture for 30 years. He was a member of St. Augustine Catholic Church, former member of Austin Moose Club, K.C.’s, and the YMCA. In his younger years he worked for Austin Daily Herald, Hirsch Clothing, McClaren’s Laundry, and different farms around the area.

A Mass of Christian Burial will be held at 10:00 a.m. on Saturday, January 8, 2022, at St. Augustine Catholic Church in Austin. Visitation will take place one hour prior to the service. Interment at Oakwood Cemetery, Austin. Worlein Funeral Home of Austin is assisting the family with arrangements.

To order memorial trees or send flowers to the family in memory of Joseph Murphy, please visit our flower store.