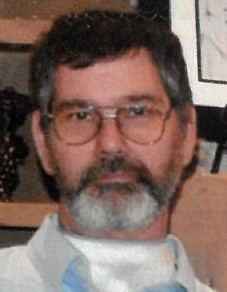 John Wesley Newman III, age 64 of Austin, Minnesota, passed away Monday, March 22, 2021 in hospice care at his brother’s home in Blooming Prairie, Minnesota, after a long courageous battle with cancer. John was born September 10, 1956, in Austin, Minnesota, to John “Jack” and Marilyn (Joseph) Newman. He grew up in Austin and graduated with the class of 1975 from Austin High School. Following high school, John started working for Winnebago Industries from 1975 until 1977. On October 2, 1976, he married Debra “Deb” Campbell at Red Oak Grove Lutheran Church in rural Austin. John had various jobs over the years including, Owatonna Manufacturing Company from 1977 until 1980, 12 years at McNeilus Steel, and Patterson Plumbing from 1992 until 1996. In September of 1998, John began a 23-year career with Hormel Foods as a machine operator. He was planning to retire on April 1, 2021. John worked hard all his life, he took great pride in his employment and was physically strong as well as strong hearted. He was a lifelong Austin resident and a member of Crane Community Chapel. John was very handy, he loved tinkering in the garage and working on everything from old cars to lawn mowers. He enjoyed riding his motorcycle, being outdoors, doing yardwork, playing softball, and especially spending time with his family and friends. John will be greatly missed by all who knew and loved him.

A memorial service will be held at 11:00 a.m. on Friday, March 26, 2021 at Crane Community Chapel in Austin. Visitation will take place from 4:00-7:00 p.m. on Thursday, March 25, at Worlein Funeral Home in Austin and will continue for one hour prior to the service at the church on Friday. Interment will be in Grandview Cemetery, Austin. Masks, social distancing, and all COVID-19 protocol will be enforced. Worlein Funeral Home of Austin is assisting the family with arrangements.

To order memorial trees or send flowers to the family in memory of John Newman, please visit our flower store.