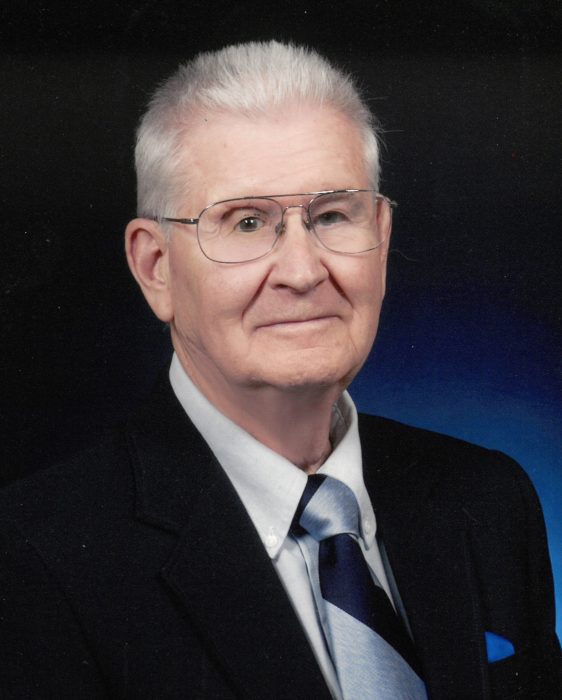 J. Grant Bentley, age 87 of Austin, Minnesota, passed away peacefully Wednesday afternoon, November 27, 2019, surrounded by his loving family at St. Mark’s Lutheran Home in Austin MN.  J. Grant was born on July 31, 1932, to Paul J. Bentley & Audrey (Smith) Bentley in Albion, Pennsylvania. He graduated from Cass County High School in Logansport, Indiana and then served his country in the Navy for 4 years from February 1952 through February 1956.  He graduated from Anderson College in Anderson, Indiana, with his B.A. Degree in Sociology (1961).  J. Grant also studied at Indiana University while working on his Master’s Degree.  On June 27, 1964, J. Grant married Myrtle Esther Wehlan in Chicago, Illinois.  They were blessed with two children, Esthermay (Mark) Goossen & Davidjay (Nita) Bentley.  J. Grant’s entire career was spent with the Social Security Administration, serving as the Manager at the Social Security Office in Austin, MN upon retirement. After retiring in 1987, J. Grant worked in several Christian bookstores including Larry Nemitz in Austin, MN, Warner Press in Anderson, IN and Northwestern Bookstore in Minneapolis.  He was always active in church life and always a member of a local church.  J. Grant served congregations as both Pastor and Assistant Pastor in Indiana, Ohio, and Minnesota including Bethlehem Free Methodist of Austin, MN and Calvary Lutheran Church of London, MN.  He was also active as a member of the Christian Businessmen’s Club, Kiwanis and Toastmasters.  J. Grant kept busy volunteering with prison visitation, and church activities including teaching Sunday School. J. Grant very much enjoyed studying the Bible and reading Christian books. He was also an enthusiastic follower of political news… an avid FoxNews viewer! He enjoyed shopping with his wife, especially garage sales and GoodWill.  Above all, J. Grant loved spending time with his children and grandchildren, teaching and sharing his love for Christ and the importance of a life dedicated to Him.

Funeral services will be held at 11:00 a.m. on Monday, December 2, 2019, at the Worlein Funeral Home Chapel in Austin, MN with military rites by Amer. Legion Post 91 & VFW 1216.  Visitation will be held from 4-7 p.m. on Sunday, December 1, 2019 at the Worlein Funeral Home Chapel & one hour prior to the service.  Interment will be at Grandview Cemetery, Austin MN. Condolences may be expressed to the family online at www.worlein.com.

In lieu of flowers, memorials preferred to Calvary Lutheran Church to support missions.

To order memorial trees or send flowers to the family in memory of J. Grant Bentley, please visit our flower store.