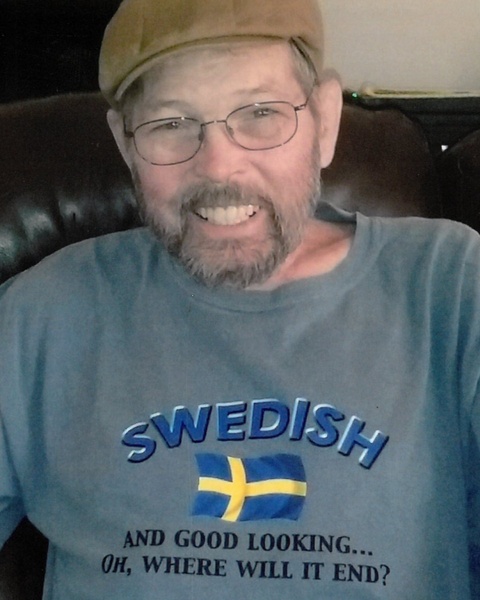 Jay Erick Magnuson, age 68, of Austin, Minnesota, passed away on Thursday, September 22, 2022, at his home in Austin. Jay was born on April 28, 1954, to Erick and Evelyn Magnuson at the Albert Lea Hospital. Jay grew up on the family farm in Hartland, Minnesota. He had many happy memories playing outside with his siblings.

Jay attended grade school in Hartland, and then went to attend school in New Richland from 7th through 12th grade, where he graduated. After graduation, he worked many jobs including with a farmer, as a carpenter, at the paint store in Albert Lea for many years, and then got his drafting degree and worked at Wilsons Foods as a draftsman. Jay went back to school for computers and worked at Mayo Clinic in Rochester in the I.T. department, setting up and troubleshooting computers. He walked all over the large Mayo campus. Jay worked at Mayo until he took early retirement when he was diagnosed with cancer.

In his younger years, Jay was in theater in Albert Lea, acting and behind the scenes making the sets. Jay also sang in a barbershop quartet as well as the church choir at St. Olaf Lutheran Church. He had many hobbies that included, building things, remodeling, gardening, playing many musical instruments, such as the piano (which he never took lessons, just played by ear), guitar, banjo, and harmonica. He also enjoyed playing cards, board games, and especially loved spending time with his family.

Jay was married to Carol Antonison and later divorced. He then married Terri Owens on September 12, 2009, at the Little Brown Church in Nashua, Iowa. Jay said he was blessed to not only be married to Terri but to get 3 bonus sons, Ben, Eli, and Caleb Owens. Jay was so happy to be their stepdad, as he had always wanted a family. The couple lived in the country and moved to town when his health got worse. Jay and Terri attended Faith Evangelical Free Church in Austin.

A memorial service will be held at 3 p.m., Friday, September 30, 2022 with visitation one hour prior at Faith Church in Austin.

To order memorial trees or send flowers to the family in memory of Jay Erick Magnuson, please visit our flower store.
Send a Sympathy Card