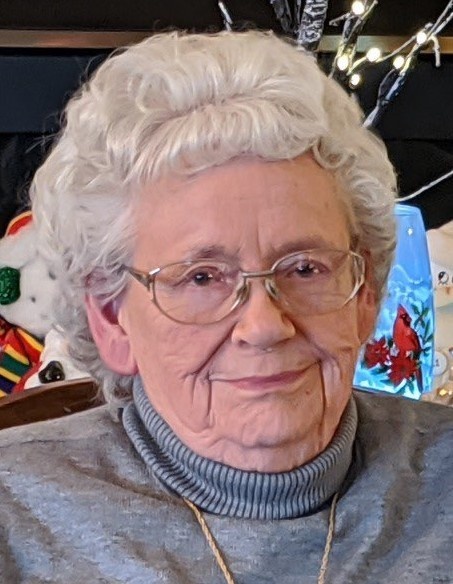 Janet A. Hope, age 89 of Austin, Minnesota, passed away Wednesday, January 20, 2021, at Mayo Clinic Health System Austin. Janet Ann Sauke was born to Herman and Grace (Sauer) Sauke at home near Walters, Minnesota, on August 13, 1931. She attended Walters Grade School and then Kiester schools. In 1947 her family moved to Blooming Prairie, Minnesota, where Janet graduated from Blooming Prairie High School in 1949. She then went on to attend Winona State University for teaching. On June 24, 1953, Janet was united in marriage to Donald Hope in Geneva, Minnesota. The couple raised two children, Randy and Lyn. Janet was a wonderful homemaker and taught country school in Geneva for several years. She was a member of the Community Lutheran Church in Geneva, where she was active in WELCA and taught Sunday School. Janet was an excellent seamstress and loved tending to her garden. In 2015, Janet left her acreage and moved to Austin, Minnesota. Her family and friends will miss her dearly.

A memorial service will be held at 11:00 a.m. on Saturday, June 19, 2021, at Community Lutheran Church in Geneva, Minnesota. Visitation will take place one hour prior to the service. Interment will be in Geneva Cemetery, Geneva, Minnesota. Memorials can be directed to Geneva Community Lutheran Church or recipient of donor’s choice. Services are prearranged and performed with Worlein Funeral Home in Austin.

To order memorial trees or send flowers to the family in memory of Janet Hope, please visit our flower store.