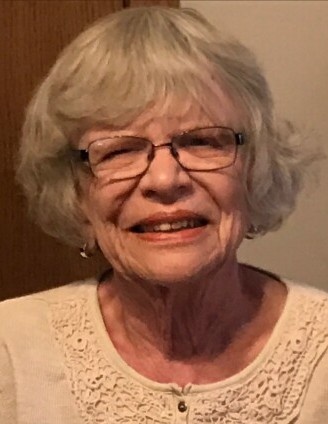 LOCATION OF SERVICE HAS BEEN CHANGED TO WORLEIN FUNERAL HOME

Janet K. Delhanty, age 86, of Austin, Minnesota, passed away on Friday, June 4, 2021, at The Cedars of Austin. Janet Katherine Dwight was born April 1, 1935, in Blue Earth, Minnesota, the daughter of Walter “Chet” and Alice (Echardt) Dwight. On July 30, 1953, Janet married Burlyn Delhanty and together had five children. Janet enjoyed being a stay-at-home mother. She was a member and altar guild at Holy Cross Lutheran Church and volunteered her time assisting with hearing testing at local schools. Janet enjoyed coffee parties with the ladies and going shopping and having lunch with her daughter. She loved taking trips up north, where she loved watching the loons, and “pop days,” which were Saturday nights spent having fun with her kids and grandkids. Janet was an avid reader and especially liked murder mysteries. She was a kind and loving person, who will be remembered for her unconditional love for her family.

A funeral service will be held at 10:00 a.m. on Wednesday, June 9, 2021, at Worlein Funeral Home in Austin. Visitation will take place one hour prior to the service. Interment will be in Oakwood Cemetery, Austin. Worlein Funeral Home of Austin is assisting the family with arrangements.

To order memorial trees or send flowers to the family in memory of Janet Delhanty, please visit our flower store.