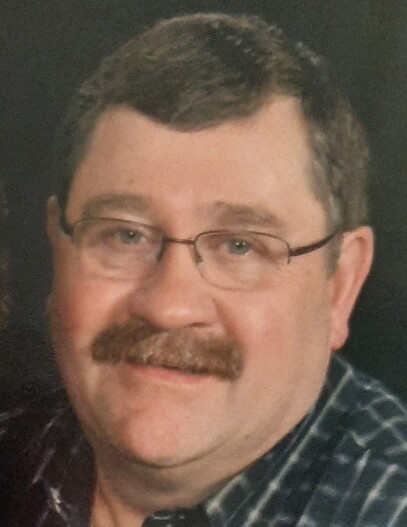 James Edward Krejci, age 65, of Blooming Prairie, Minnesota, passed away Saturday, August 14, 2021 at his home in Blooming Prairie. James was born on December 9, 1955 in Owatonna, Minnesota to Victor and Elvera (Linse) Krejci. He grew up in Blooming Prairie and graduated with the class of 1974 from Blooming Prairie High School. James’ love for motors and racing brought him to the racetrack where he met the love of his life, Diane Harms, in 1991. He was involved in Hobby Stock, Limited Late Models, and Modified Racing. James and Diane were united in marriage on February 14, 1999, at First Lutheran Church in Blooming Prairie. James was a lifelong resident of Blooming Prairie, and throughout his career he held various positions in construction, was a mechanic, and maintenance technician before his retirement in December 2020. He loved the time spent in his garage working on race cars and building motors, as well as his routine visits with friends. James took pride in everything he did, from mowing the lawn to various projects for his family. He was always willing to lend a hand to friends. Above all else, James cherished the time spent with his family, especially his grandchildren. He was a wonderful husband, father, grandfather, brother, and friend who will be deeply missed by all who knew him.

He was preceded in death by his parents, Victor and Elvera; brothers, Steven, Brian, and Paul; sister, Vicki Gulbrandson; and nephew, Daniel Gulbrandson.

To order memorial trees or send flowers to the family in memory of James Krejci, please visit our flower store.