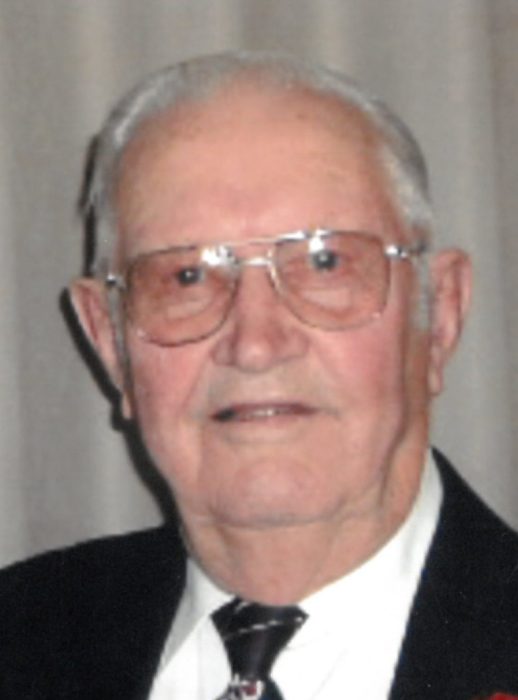 James Stanford Dalager, age 100 of Austin, Minnesota, passed away peacefully early Sunday evening, July 28, 2019 at St. Mark’s Lutheran Home in Austin, surrounded by his loving family. James was born December 16, 1918 in Eagle Bend, Minnesota, the son of John and Serena (Braaten) Dalager. He grew up and attended school in Eagle Bend and then his family moved to the Lansing area, where he began to farm. On January 1, 1941, James was united in marriage to Esther Lysne in Austin, Minnesota. After the couple got married, they moved to the Brownsdale area where he continued to farm. In 1971, the couple then moved to Austin and James went to work for Ulland Construction, retiring in 1983. James and Esther liked to travel and enjoyed wintering in Texas. He also enjoyed fishing and hunting. He was a member of the Red Oak Grove Lutheran Church and belonged to the Moose Lodge in Austin. James will be dearly missed by all who knew and loved him.

Memorial services will be held at 11:00 a.m. on Thursday, August 1, 2019 at Red Oak Grove Lutheran Church in rural Austin, Minnesota with Pastor Richard Hegal officiating. Visitation will be held one hour prior to the service at the church on Thursday. Interment will be in Red Oak Grove Lutheran Cemetery, rural Austin. Memorials can be directed to recipient of donor’s choice. Worlein Funeral Home of Austin is assisting the family with arrangements.

To order memorial trees or send flowers to the family in memory of James Dalager, please visit our flower store.