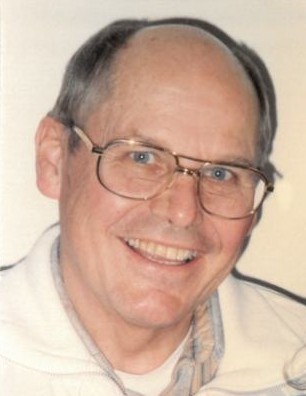 H. Philip (Phil) Lippert, 90, of Austin passed away peacefully at his home on January 8, 2020.  Phil was born in 1929 in the small town of Verona, North Dakota to Herman and Anna (Hansen) Lippert.  He was the eighth of nine children.  After graduating from Verona High School in 1947 as class Salutatorian, Phil enlisted in the Air Force where he worked as a radar operator.  He met his first wife Lorraine while stationed in northern Maine and they were married in 1952.  They had four children.  He received a Bachelor of Science degree from Moorhead State Teachers College in 1955 and later completed a Master of Arts degree from the University of Illinois in 1965.  After graduating from Moorhead State, Phil moved to Chicago where he worked as a mechanical engineer and was a member of the team who designed the Blackdog Power Plant along the Minnesota River in Bloomington.  In 1957 he accepted a teaching position at North Dakota State School of Science in Wahpeton, Minnesota.  The family moved to Austin in 1966 where Phil worked as a teacher of mathematics at the community college until his retirement in 1993.  One of the things he was most proud of was being able to have an impact on the lives of so many fine students over the years.  He also enjoyed being involved in the community and served on the City of Austin Planning Commission for several years and was an active member of the Elks Club and the American Legion.

Throughout his life, Phil loved learning new things and in 1992 he decided he wanted to learn to dance.  He was introduced to Betty at a dance class and they decided to be dance partners.  In 1994, they were wed and enjoyed many adventures together travelling and dancing across the globe.  Phil enjoyed many hobbies and interests over his lifetime, including wine making, wood working, gardening, amateur radio, camping, hunting and fishing, canoeing, duplicate bridge, computers and jewelry making.  Golf and travel were his passions – he had a goal to visit each of the fifty states and came very close to achieving it through his many travels.

Phil is survived by his wife Betty, sons Vernon (Cindy), Philip (Diane), and Gary (Nancy) and daughter Susan (Jeff), 9 grandchildren, 7 great-grandchildren, step-son Brad and step-daughter Sheila, 5 step-grandchildren, and his brother Gordon, as well as many nieces and nephews.  He was preceded in death by his parents, his brothers Vernon and Richard, and his sisters Myrtle, Leona, Evelyn, Alzina and Nona Ann.

Funeral services will be held at 11:00 a.m. on Thursday, January 16, 2020 at Our Savior’s Lutheran Church in Austin with visitation one hour before.  A private interment will take place the following day at Ft. Snelling National Cemetery.  The family requests memorials be sent to the American Cancer Society or the charity of your choosing. Worlein Funeral Home of Austin is assisting the family with arrangements.

To order memorial trees or send flowers to the family in memory of Herman "Phil" Lippert, please visit our flower store.