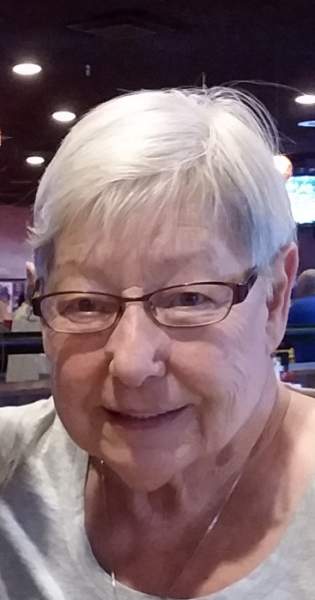 Helga M. Grant, age 78 of Austin, Minnesota, passed away Monday, August 19, 2019 at Mayo Clinic Hospital Rochester, Saint Marys Campus. Helga Maria Stroebele was born July 11, 1941, in Wilhelmskirch, Germany, the daughter of Erwin and Berta (Strasser) Stroebele. She grew up and attended school in Germany. Helga was trained as a seamstress and worked in factories while in Germany. In 1960, she met David Grant who was in the Army and later married him on February 10, 1962, in Gablingen, Germany. The couple raised two daughters. After their marriage they returned to the United States and resided in Austin, Minnesota, where Helga started working at St. Mark’s Living in the dietary kitchen for 23 years. She was well known for her great baking. Helga was a member of Queen of Angels Catholic Church. She loved to spend time outside in the yard, and feeding the birds. Helga also enjoyed cooking, baking, and sewing in her free time. We will miss her joyful laugh, her accent, her guidance and love, but most of all having her beside us through thick and thin.

Memorial services will be held at 2:30 p.m. on Thursday, August 22, 2019 at Worlein Funeral Home Chapel in Austin. Visitation will be held one hour prior to the service at the funeral home on Thursday. Interment will be in Calvary Cemetery, Austin, Minnesota. Memorials can be directed to Queen of Angels Catholic Church or Shriners Children’s Hospital. Services prearranged and performed by Worlein Funeral Home of Austin.

To order memorial trees or send flowers to the family in memory of Helga Grant, please visit our flower store.