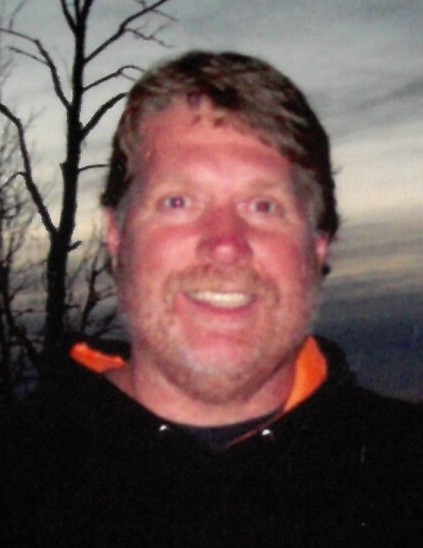 Gordon “Gordy” Barnes, age 57 of Austin, Minnesota, lost his nearly 11 month battle of AML on January 6, 2021. He went to Heaven while at his home surrounded by loved ones. Gordy was born on July 17, 1963, in St. Paul, Minnesota, to Lois (Lockwood) and Gordon Barnes. He graduated from Sibley High School, and then enlisted in the Army later receiving an Honorable Discharge due to a terrible accident leaving Gordy with a broken neck. It was supposed to be a life-altering injury, but he was able to fight hard to recover. Gordy always persevered in life. He then attended Mankato State University, receiving his Masters of Science. In 2002, he married Melody, the love of his life. Gordy worked for the USDA-NRCS in Blue Earth, Faribault, and Martin County, for nearly 25 years until he retired. He had many skills, a jack of all trades, you could say.  He had a strong work ethic and he always had the right tool for the job. He traveled when he could, and while in college, he studied abroad traveling to Europe, Brussels, Amsterdam, and Germany to name a few. He also liked going to Wisconsin, Arizona, Nevada, and mostly to Tallmoon and Star Lake. Oh, how he liked to fish and swim in those lakes. He liked to hunt, loved to ride his Harley, and enjoyed listening to music. He was always there to lend a hand to people, and to help everyone as he was so dedicated to everything. Gordy loved to teach and play with his grandkids. He was such a loving husband, father, and grandfather. Gordy did anything he could in life to have to have fun. His sense of humor and laughter will truly be missed.  Gordy liked to live life.

Gordy wished to be cremated.  Because of COVID restrictions, we will have a Celebration of Life for Gordy at a later date. Services are prearranged and performed with Worlein Funeral Home of Austin.

To order memorial trees or send flowers to the family in memory of Gordon "Gordy" Barnes, please visit our flower store.