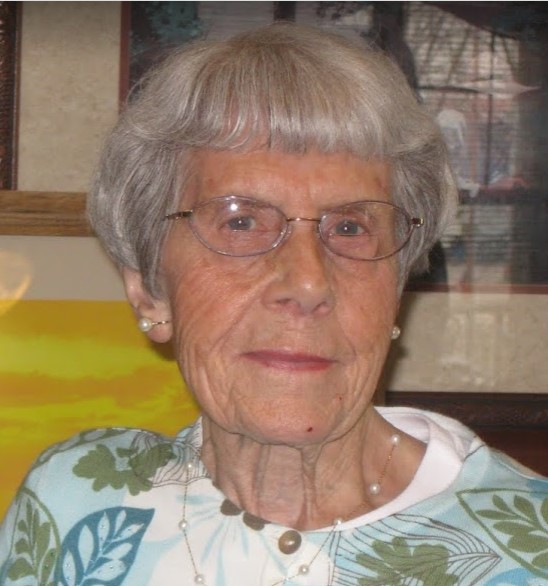 Geraldine Mary Juenger, 99, of Austin, passed away Saturday January 1, 2022, at Mayo Clinic Hospital Rochester, Saint Marys Campus. Gerry was born the daughter of Frank and Bertha (Roth) Spitz on March 17, 1922, in Orchard, Iowa. She graduated class of 1940 from Orchard High School in Iowa. On November 16, 1949, she married Raymond Juenger at Sacred Heart Church in Osage, Iowa. Ray and Gerry began their married life in Lyle, MN, and later moved to Austin, MN, to raise their family. In her early years. she worked as a housekeeper in Osage, IA and at the Piggly Wiggly Grocery in Waterloo, IA. Gerry was a faithful member of St. Augustine Catholic Church. She will be dearly missed by all that knew and loved her.

Mass of Christian Burial to be celebrated at 11:00 a.m. on Thursday, January 6, 2022, at St. Augustine Catholic Church in Austin, with Father James Steffes officiating. Friends and family are invited to a public visitation from 4:00–7:00 p.m. at Worlein Funeral Home, 1801 - 4th St. NW, Austin, with a rosary service at 7:00 p.m. and visitation will continue for one hour prior to the service at the church on Thursday. Interment will be in Calvary Cemetery, Austin. In memory of Geraldine, donations may be directed to St. Augustine Catholic Church, Austin, MN, Pacelli Catholic Schools, Austin, MN, and/or St. Jude’s Children’s Hospital, Memphis, TN. Services are prearranged and performed by Worlein Funeral Home of Austin.

To order memorial trees or send flowers to the family in memory of Geraldine Juenger, please visit our flower store.