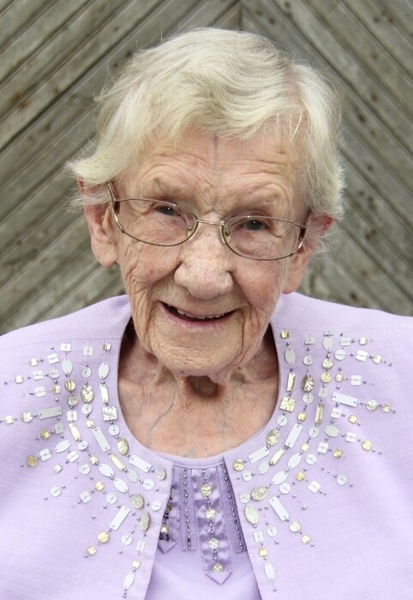 Genevieve (Gen) M. Peterson, age 104 of Blooming Prairie, Minnesota, passed away Thursday, December 3, 2020 at Homestead Hospice House in Owatonna, Minnesota. Genevieve Mildred Hanson, the daughter of Otto and Evalina (Basness) Hanson was born on August 1, 1916 in Lansing, Minnesota. She attended Blooming Prairie High School.  From 1945 to 1946, Genevieve served in the Women’s Army Corps during WWII as a nurse serving retuning soldiers at Fort Fitzsimons Hospital in Denver. On April 7, 1953, she was united in marriage to Roger “Nip” Peterson at the St. Columbanus Catholic Church in Blooming Prairie. Many may remember her from her time as clubhouse manager at the BP Country Club and BP Gun Club during the 1970’s.

Arrangements are being made through Worlein Funeral Home in Blooming Prairie.

A Celebration of Genevieve’s life will be held at a future date. Condolences may be expressed to the family online at www.worlein.com.

To order memorial trees or send flowers to the family in memory of Genevieve Peterson, please visit our flower store.