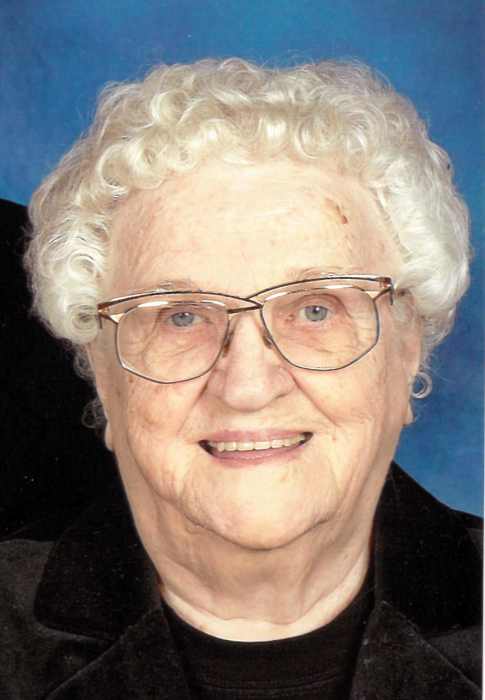 Evelyn Mae Burtch, age 95 of Austin, MN, passed away peacefully while the Bible was being read to her, Friday afternoon, October 11, 2019 at Good Samaritan Society in Albert Lea, MN. Evelyn was born on February 3, 1924 in Austin, MN to Otto and Alvina (Bulson) Smith. She grew up in Austin and graduated from Austin High School in 1942. She accepted Jesus Christ as her personal Savior at an early age. On October 9, 1942, Evelyn was united in marriage to Eugene E. Burtch at the First Baptist Church in Austin, MN. They just celebrated their 77th wedding anniversary on Wednesday. Together they raised three children. She worked for Hormel Foods as a secretary for a short time before becoming a full-time homemaker. Evelyn was a member of Grace Baptist Church. She held a JOY Club in her home and worked alongside her husband with the church youth group. She was actively involved with the Awana Club, Vacation Bible School and attended the Community Bible study for many years. Evelyn will be missed by all who loved and knew her.

To order memorial trees or send flowers to the family in memory of Evelyn Burtch, please visit our flower store.