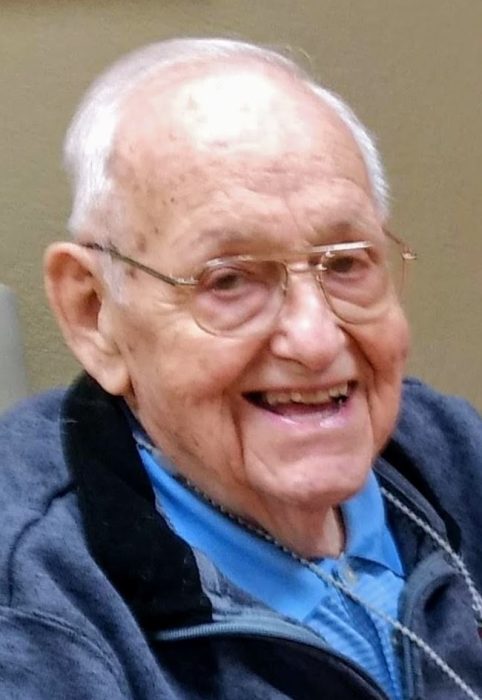 Eugene Earl Burtch, 97, of Austin, Minnesota went to meet his Lord and Savior on January 17, 2020 at Good Samaritan Society in Albert Lea, Minnesota. Eugene was born on August 6, 1922 near Ramsey, Minnesota to Earl and Lillian (Paulson) Burtch. Eugene grew up near Blooming Prairie and graduated from Blooming Prairie High School in 1939. He worked at Hormel Foods until entering the Army in 1942. He fought in the 104th Infantry Division Timberwolves through France, Belgium, the Netherlands and Germany. He earned the bronze star and Purple Heart medals in that campaign. After a long rehabilitation, Eugene returned to Austin and worked for Hormel Foods until his retirement in 1985. He came to know Jesus at the age of fourteen and was an active member of Grace Baptist Church where he served in many capacities including youth ministries and the board of deacons. He was also a Boy Scout troop leader.

A funeral service will be held at 11:00 a.m. on Friday, January 24, 2020 at Grace Baptist Church in Austin. Visitation will take place one hour prior to the service at the church. Military rites by American Legion Post 91 and V.F.W. Post 1216. Interment will be in Minnesota State Veterans Cemetery in Preston, Minnesota. Memorials can be directed to the Grace Baptist AWANA Club. Worlein Funeral Home of Austin is assisting the family with arrangements.

To order memorial trees or send flowers to the family in memory of Eugene Burtch, please visit our flower store.