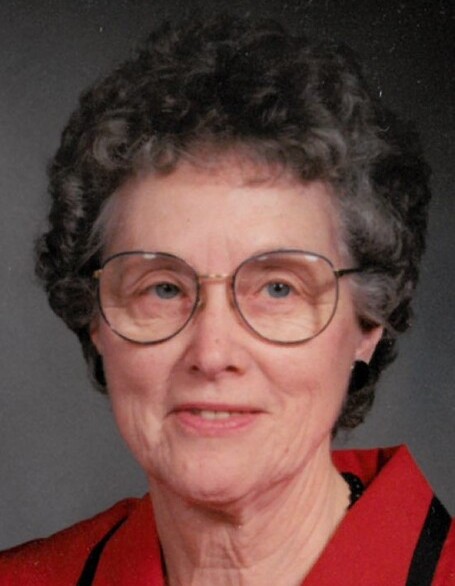 Esther Helen Dalager, age 99, of Austin, Minnesota, passed away on Wednesday, July 21, 2021, at St. Mark’s Living in Austin. Esther Helen Lysne was born on November 25, 1921, in Austin, Minnesota to Oscar and Hilda (Luthe) Lysne. She attended country school in Lansing, Minnesota. On January 1, 1941, Esther was united in marriage to James Stanford Dalager in Austin, Minnesota. After the couple was married, they moved to Brownsdale where James continued to farm and Esther was a homemaker and raised their two children, Darrel and Eileen. In 1971, the family then moved to Austin. James and Esther enjoyed traveling and spending their winters in Texas. She also loved cooking, making wedding cakes, sewing, and quilting. Above all else she loved her family and her favorite thing was being a grandma. Esther was a longtime member of Red Oak Grove Lutheran Church and was active in the Ladies Circle. She will be fondly remembered and dearly missed by all who knew her.

The memorial service for Esther will be held at 11:00 a.m. on Tuesday, August 3, 2021, at Red Oak Grove Lutheran Church in rural Austin. Visitation will be held one hour prior to the service. Interment will be in Red Oak Grove Cemetery. Memorials are preferred to donor’s choice. Services are prearranged and performed by Worlein Funeral Home of Austin.

To order memorial trees or send flowers to the family in memory of Esther Dalager, please visit our flower store.