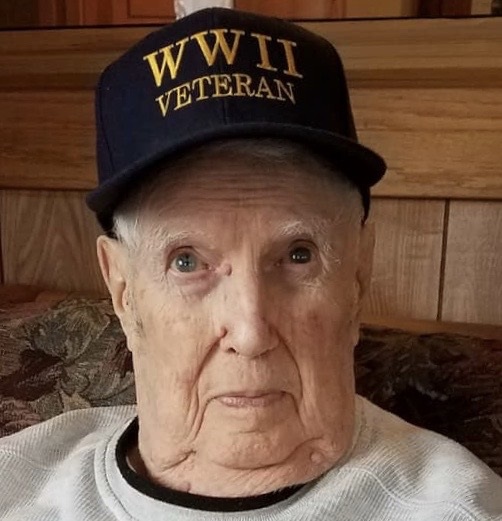 Ernest D. Betlach, age 96 of Blooming Prairie, Minnesota, passed away peacefully Friday evening, May 29, 2020, at Owatonna Hospital in Owatonna, Minnesota. Ernie was born January 12, 1924 in Blooming Prairie, Minnesota to Edward J. and Anna (Nymon) Betlach. He grew up in Blooming Prairie and graduated from Blooming Prairie High School in 1942. Ernie, along with his brother, Frank, proudly served his country by joining the U.S. Navy in 1943. Ernie was a Specialist 3rd Class whose first tour in WWII was at Guadalcanal and the Solomon Islands. Ernie and his crew assisted in building air strips throughout the South Pacific, serving on the SS Young America. He was honorably discharged in 1946. Following the Navy, Ernie returned home and married Mary Ann Prokopec at Holy Trinity Church in Litomysl, Minnesota. At that time, he and his brother, Frank, took over ownership of their father’s gas station. Ernie and Mary Ann had four children. After retiring from his own Mobil Oil business, Ernie enjoyed working at Jim’s Standard for a number of years. Ernie, along with several other Blooming Prairie families, committed to be Vikings season ticketholders before they were franchised. He loved tailgating at Met Stadium, which often included taking the kids along so they could experience the game with other BP families. He loved playing cards and was adept at it. Ernie could shoot the moon and leave you in the dust. He still read the Star Tribune, cover to cover daily. Polka music was an important part of his life –he loved it and listened to it daily. Ernie was a fan of the Minnesota Twins, Timberwolves, Lynx and NASCAR. We lovingly called him Tinker, Jellybean and Bucko.

Ernie was an active member in the Blooming Prairie V.F.W. Post 52, and American Legion Post 878. In honor of his service, Ernie was selected by the Captain of the Minnesota National Guard to raise the flag on September 1, 2010, at the Minnesota Twins’ new home, Target Field. He was a lifelong member of St. Columbanus Catholic Church, served on the St. Columbanus Cemetery Board, and was a member of the Knights of Columbus. Ernie was a beloved member of his community and will be dearly missed by all who knew and loved him.

The family plans to hold a public celebration of Ernie's life at a later date.

To order memorial trees or send flowers to the family in memory of Ernest Betlach, please visit our flower store.