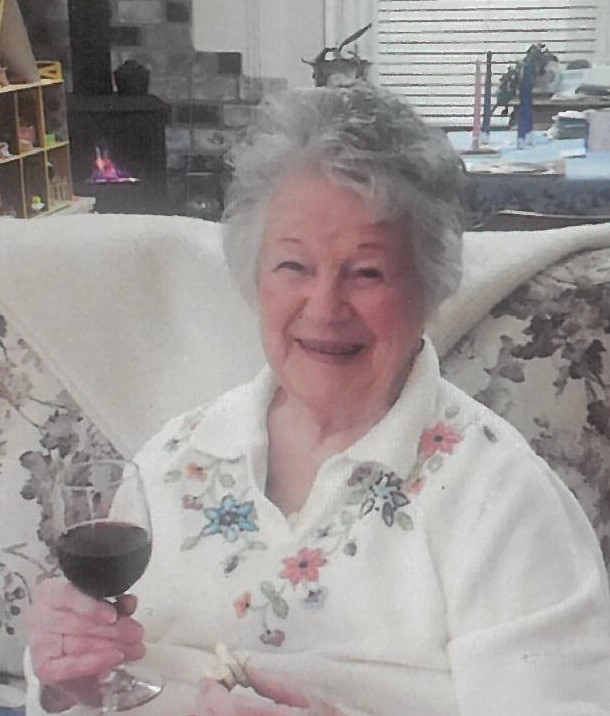 Elizabeth Ann Ashoff, passed peacefully into her eternal home on December 14, 2021, at her home in Ukiah, California, with her loving oldest son, Gilbert Ashoff, at her side. She was just six days shy of her 99th birthday. “Betty” as she was known from childhood, was born in Columbus, Nebraska, on December 20, 1922, to Walter and Martha (Kipple) Hewitt. During World War II, Betty was a nurse’s aide. After she met and married her husband, Bernie, she was a stay-at-home mom for most of her life, raising their three children. Her hobbies included sewing, knitting, canning, cooking, oil painting, and crafts. She was involved in her church through the years in various ways including alter guild, choir, prayer chain, and much more. Betty also enjoyed fishing with Bernie and traveling around the United States and Europe with him. During their time living in Austin, Betty and Bernie were members of Westminster Presbyterian Church. Betty knew the Lord, having rededicated her life and receiving Jesus as her Savior at Melodyland in California. She enjoyed Bible study and prayer groups with her friends, of which she had many.

The last 12 years, Betty resided at her oldest son’s resort, enjoying the many amenities of the lovely area. She loved her children, grandchildren, and great-grandchildren dearly; and enjoyed hearing that she was a great-great-grandmother and wishing she could hold and love on them as well. She will be dearly missed by her family, whose comfort lies in the fact that she is with her Savior, and those who have received Christ as their Savior have the knowledge they will see her again.

A private family interment will be in Hoflanda Cemetery, Rose Creek, Minnesota. Worlein Funeral Home of Austin is assisting the family with arrangements.
To order memorial trees or send flowers to the family in memory of Elizabeth "Betty" Ann Ashoff, please visit our flower store.
Send a Sympathy Card