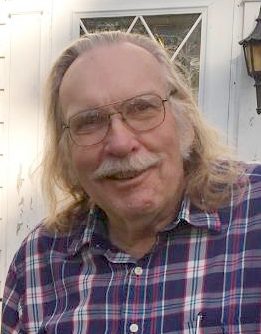 Eldon Arthur Gilbertson, age 75 of rural Albert Lea, Minnesota, died Friday, March 15, 2019 at his home in rural Albert Lea. Eldon was born on August 14, 1943, in Austin, Minnesota, at St. Olaf Hospital, to Arthur and Sylvia (Nordby) Gilbertson. He attended Austin High School, graduating in 1961. On January 3, 1964, Eldon enlisted in the United Stated Airforce, and served as an airplane mechanic. While in the Airforce he was stationed in Bitburg, Germany and Wheelus Air Base in Libya. Eldon was honorably discharged on December 15, 1967 and returned to Minnesota. On July 20, 1985, Eldon was united in marriage to Della Gilbreath at Central Lutheran Church in Yakima, Washington. Eldon farmed all his life in the Moscow Township and did repair work on farm machinery. He liked wine making and tending to his vineyard, he loved horticulture, growing and gardening flowers, and loved children, he would play board games with them. He also had a strong bond with his cousin, Megan Erstad, Eldon taught her how to make cookies for the fair. Eldon spent his life caring for his family, his church, his friends and neighbors, and for God’s creation. He spent many years on the church council, teaching Sunday School, being the Sunday School Superintendent, and taking care of the Moscow Lutheran Church building. Eldon was a member of the American Legion Post 91 in Austin. He proudly displayed a flag in his yard and on Memorial Day weekend, Eldon placed flags on the serviceman’s graves. He will be dearly missed.

Memorial services will be held at 2:00 p.m. on Friday, March 22, 2019, at Moscow Lutheran Church in rural Austin, Minnesota with Pastor Peter Soli officiating. Visitation will be held one hour prior to the service at the church on Friday. Interment will be held at a later date in Moscow Lutheran Cemetery. Military honors by American Legion Post 91 and V.F.W. Post 1216. Worlein Funeral Home of Austin is assisting the family with arrangements.

To order memorial trees or send flowers to the family in memory of Eldon Gilbertson, please visit our flower store.