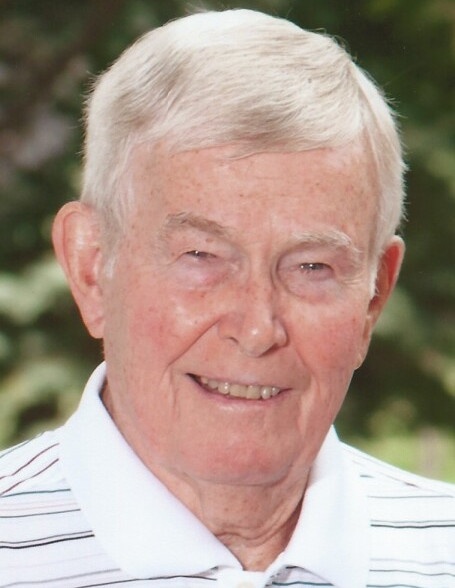 Duane “Dude” Kent Halverson, age 88, of Austin, Minnesota, passed away on Tuesday, April 26, 2022, at Mayo Clinic Hospital Rochester, Saint Marys Campus. Duane was born November 23, 1933, in Austin, Minnesota, to Orville and Bernice (Bjorgo) Halverson. Duane was an only child.  He was baptized December 17, 1933 by Pastor Henry Noss and Confirmed on June 6, 1948 by Pastor Arthur Swenson at St. Olaf Lutheran Church in Austin. He graduated in 1951 from Austin High School. Duane enlisted in the United States Army on November 11, 1953, serving in Japan with the 1st Cavalry Division, 5th Cavalry Regiment Honor Guard and as an Assistant to the Chaplain from April of 1954 until September of 1954. He was honorably discharged from the service on October 25, 1955. Prior to going into the Army, Duane attended the Austin Vo-Tech for machine shop and after his honorable discharge he attended the Austin Vo-Tech for carpentry and took accounting courses at the Austin Junior College. On May 4, 1957, he was united in marriage to Marilyn Tischer at St. Olaf Lutheran Church in Austin. Their union was blessed with 3 children. Duane was employed at the Hormel Food Corporation for 43 years retiring March 31, 1994 as Supervisor of Medical Benefits. Duane spent his entire life growing up in Austin. In February 2001, the couple purchased their second home in Spring Run at The Brooks, Bonita Springs, Florida. This is where they spent the winter months enjoying warm winters, playing golf, bocce ball, neighborhood parties at the pool, and many activities at the Club House. Their summer months were spent in Austin. Duane enjoyed being a spectator of many kinds of auto racing, traveling to Indianapolis, Daytona and Knoxville, Iowa numerous times, plus local races for many years. He was an avid golfer, playing several times a week at the Austin Country Club and Spring Run Golf Course in Florida. Duane was a creative and talented “handy guy”, a problem solver and a loyal friend. He was a charter member of Our Savior’s Lutheran Church, American Legion Post 91, Elk’s Club (Exalter Ruler 1974-1975), Austin Country Club, and Spring Run Golf Course in Florida.

A memorial service will be held at 2:00 p.m. on Saturday, May 28, 2022 at Worlein Funeral Home Chapel in Austin. Visitation will take place from one hour prior to the service at 1:00 pm. Interment will be in Oakwood Cemetery, Austin. Memorials preferred to Our Saviors Lutheran Church or donor’s choice. Worlein Funeral Home of Austin is assisting the family with arrangements.

To order memorial trees or send flowers to the family in memory of Duane Halverson, please visit our flower store.