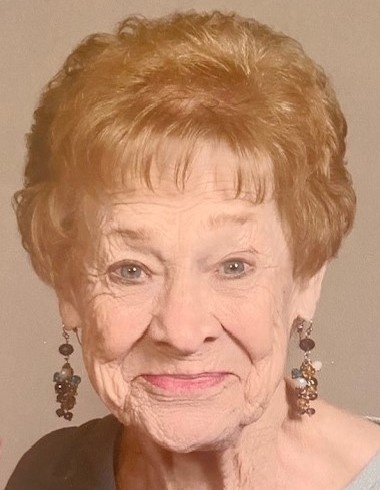 Doreen Romona Johnson, age 88, was summoned home from this world on January 23, 2021, after several weeks of hospice care.

Doreen was born on October 2, 1932 in Westerheim Township, one of 5 children born to Theodora (Hennen) and Octaf Kesteloot. She was raised on a farm in Minneota and grew up with the values of a hard-working Belgian-Dutch community, where cakes and bread were made from scratch each morning before school, and floors were not clean unless having been scrubbed by hand on your knees. For Doreen and her siblings, working hard also meant playing hard, resulting in many card games, laughter, and good times (as long as Dora and Tuffy were out of sight).

After graduating with honors from high school, Doreen attended St Kate’s in St Paul, MN. In 1954, she married Paul Sheedy. To this union were born 3 children: Pamela, Patrick, and Kathryn. The family was living in northern California when Paul died in December of 1961. Doreen returned to Minnesota as a young widow with 3 small children.

While living and working as a secretary in Austin, Doreen met and married Roger (Moose) Johnson in 1966. The family moved to Blooming Prairie, where their daughter, Joan, was born. Together, Doreen and Roger enjoyed camping, Twins and Vikings games, and attending school and sporting events of children and grandchildren. While living in Blooming Prairie, Doreen began to explore and refine her many hobbies, including sewing, ceramics, and perfecting her Christmas Santa cookies. Over the years, Doreen wrapped her family in many quilts and created numerous porcelain dolls in her kiln. Doreen continued to work outside the home as well, until she retired from Accentra Credit Union.

Doreen and Roger spent their Golden Years in Austin and Faribault, where Doreen was active in the Red Hat Club and was a regular bridge player at the senior center. After Roger passed away in January of 2020, Doreen returned to Blooming Prairie to be closer to the many family and friends who remained there. Doreen entered hospice in December of 2020 and was cared for at home by her family until she passed on from this life.

Doreen was preceded in death by husbands Roger Johnson and Paul Sheedy, her parents, two sisters, a daughter-in-law, and other family members who have gone on before her. She is survived by her children, Pamela (Jack) Duffey, Patrick Sheedy, Kathryn Anderson, Joan (Michael) Olson, 11 grandchildren, and 17 great-grandchildren.  Additional survivors include her brothers, Robert and Roger, many nieces, nephews, and other family members.

To order memorial trees or send flowers to the family in memory of Doreen Johnson, please visit our flower store.