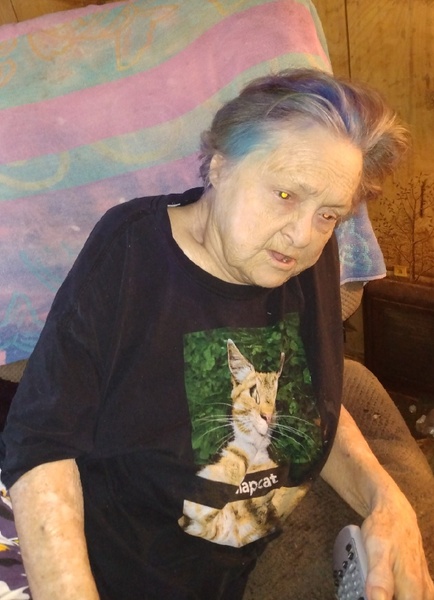 Diane Mae Cecil, age 77, of Austin, Minnesota, passed away on Saturday, July 16, 2022, at St. Mark's Living in Austin. Diane Mae Smith was born on December 3, 1944, to Robert and Lillian (Price) Smith in Austin, Minnesota. She attended Austin High School. In 1981, she married James Cecil at First United Methodist Church in Austin, Minnesota. The couple had a beautifully blended family of nine that they raised in Austin. Diane waitressed at the Truck Stop in Austin and worked for drapery service. She also waitressed at Pizza Hut for many years before working for the Austin Daily Herald. James and Diane were members of the Moose Lodge. She enjoyed spending much of her time crocheting and knitting. She will be dearly missed by all that knew and loved her.

Diane is survived by her husband, James Cecil of Austin; children, Jennifer Lacono of Austin, Tim Slinde of Austin, Scott (Michelle) Slinde of North Carolina, Robert Cecil of Austin, Jane (Dave) Aberg of Texas, Jean Cecil of Mankato, Jeff (Tammy) Cecil of California, Jill (Patrick) Leisge of California, and Joel (Carla) Cecil of Austin; many grandchildren; sisters, Sharon (Keith) of Wisconsin and Linda of Texas; and many nieces, nephews, other relatives and friends. She was preceded in death by her parents, Robert and Lillian Smith; son, Albine Slinde; sisters, Pam and Mary; and brother-in-law, Robert.

A funeral service will be held at 1:00 p.m. on Tuesday, July 19, 2022, at Worlein Funeral Home Chapel in Austin. Interment will be in Oakwood Cemetery, Austin, Minnesota. Worlein Funeral Home is assisting the family with arrangements.
To order memorial trees or send flowers to the family in memory of Diane Mae Cecil, please visit our flower store.