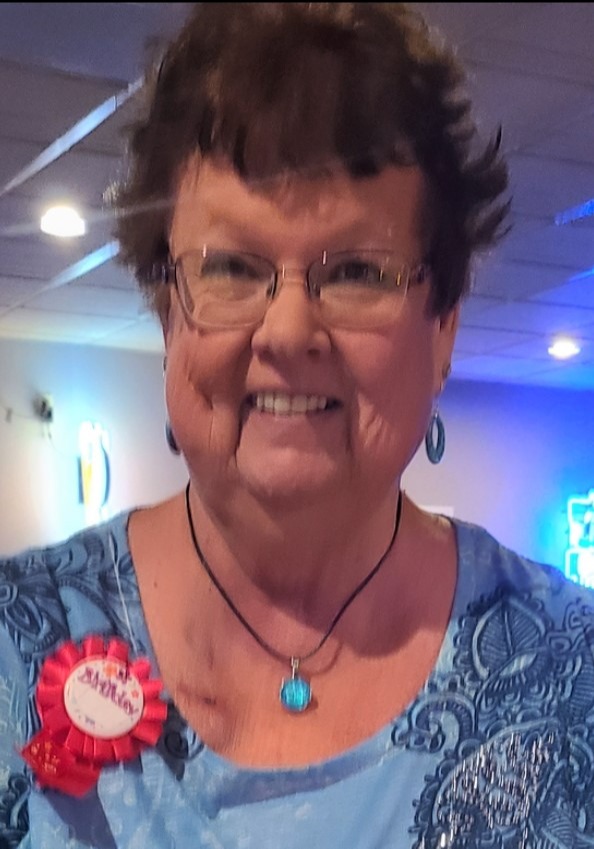 Diana K. Johnson, age 67, of Brownsdale, Minnesota, passed away on Sunday, May 29, 2022, at her home. Diana Kay Johnson was born in Austin, Minnesota, to Harold and Eleanor (Sheely) Johnson on August 27, 1954. She graduated from Hayfield High School in 1972. Diana then went on to attend Rochester Vocational Technical College, where she received her clerical certificate and later became a CNA. In 1976, she married Randy Odegaard in Forest City, Iowa. The couple shared 13 years and were blessed with 2 children. Diana shared the companionship of Everett Rush for over 33 years. Diana worked various jobs over the years including as a childcare provider, CNA at St. Mark’s Living, then for Hormel/Xerox in the mailroom for 19 years, retiring in May of 2019. Diana was voted leader of TOPS after losing 60 pounds and belonged to the RED HATS where she was even “Queen Bee” for a while. Diana cherished family time and her granddaughter, Alexis brought her great joy. She loved all the holidays and decorating for them, especially Christmas. She also loved 4th of July parades, Halloween and taking her kids trick or treating and making their costumes. Her hobbies included shopping, baking, playing Bingo, casino/road trips, eating out, and garage sales. Diana also enjoyed hosting many family gatherings and organizing games for them. Diana was loved dearly by all her family and friends and will be greatly missed.

A memorial service will be held at 11:00 a.m. on Saturday, June 4, 2022, at Worlein Funeral Home Chapel in Austin. Visitation will take place from 9:00-11:00 a.m. prior to the service. Memorials are preferred to Cure HHT – P.O. Box 329, Monkton, MD 21111. Services are prearranged and performed by Worlein Funeral Home of Austin.
To order memorial trees or send flowers to the family in memory of Diana Kay Johnson, please visit our flower store.
Send a Sympathy Card