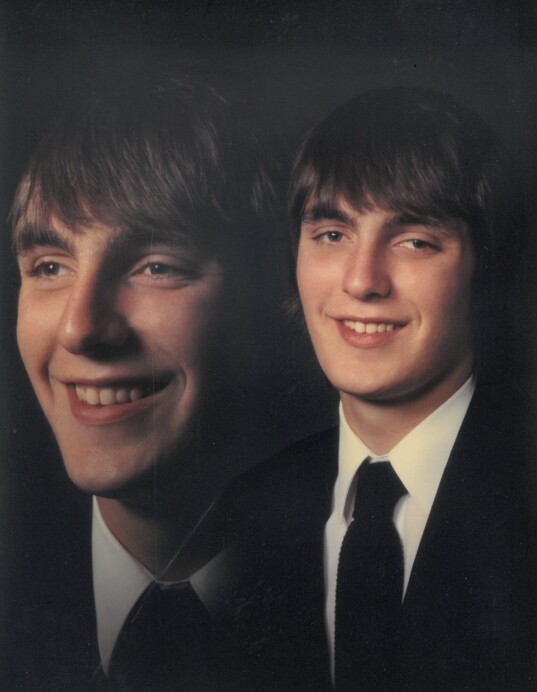 Demian Hans Enright , age 51, of Austin, Minnesota, passed away on Monday, January 24, 2022 after a long and debilitating illness. Demian was born March 20, 1970 in Minneapolis, Minnesota.  At four years old, he and his mother moved to California.  Demian returned to Austin to live with his grandparents and his mother followed soon after. He was confirmed at St. Olaf Lutheran Church in Austin and graduated from Austin High School.  He married Dawn Hegna at St. Olaf Lutheran Church in 2000, they later divorced. Demian worked at Cedar Valley Services, building pallets and training residents.  He later worked at Culligan installing water softeners.  He was later electrocuted in the damp basement of his home and was badly injured.  As a result of his injuries, he was unable to be gainfully employed. After Demian and Misty Dahlk came together they raised her three children Crystal Dahlk, Storm Draayer and Kyra Gutierrez and often Demian’s son Matthew. Demian enjoyed swimming (he began swimming lessons at 4 months old) and roller-skating (winning competitions at the Brownsdale Roller Rink) until his accident.  He continued to enjoy fishing, classic rock and country music, tinkering with and driving cars, watching races at Chateau Speedway, the Mower County Fair, demolition derbies, amusement parks, and going along with his friend Jesse, on his truck routes.

Demian is survived by his daughter, Samantha Jean Burke; son, Matthew John Enright; grandchildren, Anthony Burke, Steven Burke, Madison Burke, and A'ana Burke; stepchildren, Richard Fergason, Jr and Samantha Hegna; his mother, Becky Enright; his beloved companion, Misty Dahlk; his aunt, Melanie Troster; and uncle, Michael (Julie) Enright. He was preceded in death by his grandparents, Everett “Red” and Helen Enright; and his uncle, Thomas Troster. Demian is sadly missed by all who have dearly loved him.  We are all grateful that he no longer suffers, and his passing was peaceful.

To order memorial trees or send flowers to the family in memory of Demian Enright, please visit our flower store.