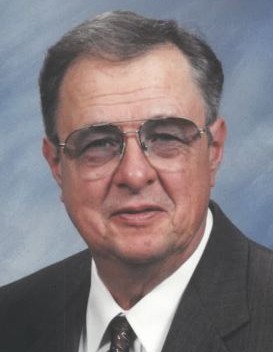 Dean Francis Paschke, age 84, of Brownsdale, Minnesota, passed away on Thursday, September 30, 2021, at Mayo Clinic Health System Austin. Dean was born at his family home in Fairfax, Minnesota to Alfred and Marjorie (Dahlgren) Paschke on August 4, 1937. After graduating from Fairfax High School in 1955, Dean attended barber school in Minneapolis. After completion of the course, he was inducted into the United States Army. He was united in marriage to Fern Scharfencamp of Morgan, Minnesota in 1957. In 1959, they moved to Austin, Minnesota, where Dean barbered until 1970 after which time he farmed until retirement in 2000. Dean served on the Red Rock Township Board, First Farmers and Merchants Bank Advisory Board, was a member of the Hayfield American Legion Post 330 and sang with the Legion Chorus. Dean was also a member of the St. Augustine Catholic Church in Austin. He enjoyed gardening, walking, and playing the piano. He had a big heart for those who lived a hard life. He will be greatly missed. Blessed be his memory.

A Mass of Christian Burial will be held at 11:00 a.m. on Saturday, October 9, 2021, at St. Augustine Catholic Church in Austin. Visitation will take place from 5:00-7:00 p.m. on Friday, October 8, at Worlein Funeral Home Chapel in Austin. Interment will be in Greenwood Cemetery, Brownsdale, Minnesota. Memorials are preferred to The Salvation Army or a local food shelf. Worlein Funeral Home of Austin is assisting the family with arrangements.

To order memorial trees or send flowers to the family in memory of Dean Paschke, please visit our flower store.