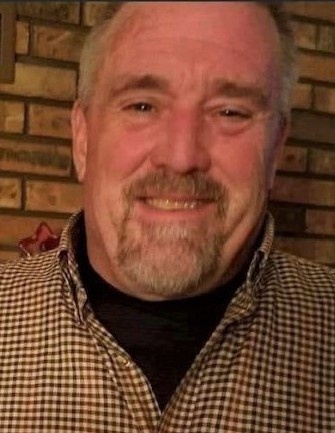 Dean was born on July 11, 1960, in Albert Lea, MN, to Bill and Lorraine (Engebretson) Goette. Dean attended and graduated from Freeborn High School in 1978.  During his school years Dean was very involved in 4H and FFA. He later received his 2-year college degree in General Farm Management from SCC North Mankato. After college he moved home to work on the family farm near Manchester, MN.

Dean was united in marriage to Kim Johnson on November 8, 1980, at the West Freeborn Lutheran Church.  They are blessed with three children.

Dean farmed with his dad and brother for a short period of time before working as a hog buyer at Farmstead in Albert Lea.  The family spent one year in South Dakota, while Dean was employed at Benson Quin as a production hog supervisor.  They moved back to Minnesota about one year later, which landed them at a place in the country near Blooming Prairie where Dean managed a hog operation.  Dean and his family established their roots in the Blooming Prairie area.  Dean later worked for Comparts, Hog Slat, and Interstate Mills.

Dean’s family would say that he had a very entrepreneurial-driven work ethic.  He was driven to be self-employed and started his own business called Envirosense.  Dean was known, as stated by one of his good friends, as a documentarian, biodynamic, agriculture and Hemp farming activist.  After 30+ years of running a food stand for fairs and events Kim and Dean purchased “Big Red” in 2021 and took their stand on the road.

Dean’s abundance of love and support for his grandchildren was evident when he was heard cheering loud from the stands at their sporting events.  He has been called one of the greatest “Awesome Blossom” fans.  The younger grandchildren didn’t miss out on Dean’s playful personality as he always had energy to play with them.

Dean was preceded in death by his brother-in-law, Craig Johnson of Benson, MN.

In lieu of flowers or plants, memorials to his family as they will be donating the monies to the BP Quarterback Club and BPHS Athletic Program as Dean is such a proud supporter of the Awesome Blossoms. Worlein Blooming Prairie Funeral Home in Blooming Prairie is assisting the family with arrangements.

To order memorial trees or send flowers to the family in memory of Dean Goette, please visit our flower store.