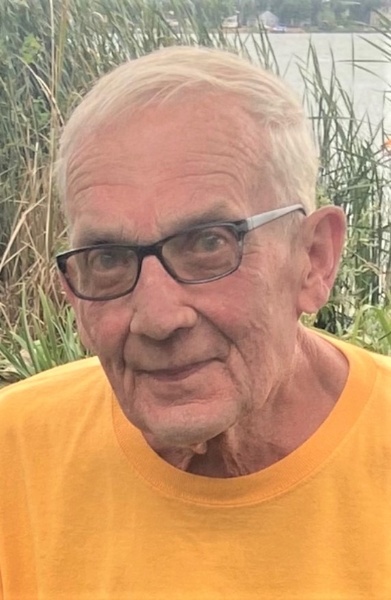 Dale Edward Zrucky, age 82, of Austin, Minnesota, passed away on Monday, May 30, 2022, at his home, surrounded by his loving family. Dale was born in Austin, Minnesota, to Edward and Violet (Anderson) Zrucky on October 21, 1939. He graduated from Austin High School in 1957-1958. Following high school, he served his country in the United States National Guard. In 1960, Dale married Darla Wangen at the Holy Cross Lutheran Church in Austin. Their union was blessed with two children, Darcy and Dan. Dale worked as a lifelong mechanic and was the owner of Zrucky Auto Service. After retirement, he worked alongside, Fred and Jamey Ulven at Ulven Hardware in Rose Creek, Minnesota. He was a member of The Eagle’s Club, The Moose Lodge, and The Elks Lodge. Dale enjoyed spending time with his MANY lifelong friends. His hobbies included hunting, fishing, and being at the lake house. He enjoyed snowmobiling, NASCAR, dirt tracks, and small engine repair. Dale also had a love for old cars and Volkswagens. He will be greatly missed by all his family and friends.

A visitation will be held from 3:00-5:00 p.m. on Saturday, June 4, at Worlein Funeral Home in Austin. A graveside service will be held at 11:30 a.m. on Sunday, June 5, 2022, in Grandview Cemetery, Austin, Minnesota, with a gathering to follow at The Eagle’s Club of Austin. Dale would prefer memorials to Prostate Cancer Research or the Mower County Humane Society. Worlein Funeral Home of Austin is assisting the family with arrangements.
To order memorial trees or send flowers to the family in memory of Dale Edward Zrucky, please visit our flower store.