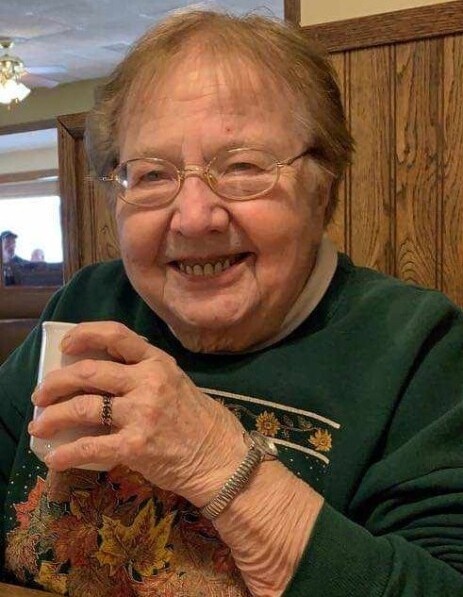 Clara Vasey, age 83, of Austin, Minnesota, passed away on Monday, September 27, 2021, at her home in Austin. Clara was born April 11, 1938, in Dexter, Minnesota, the daughter of George and Reka (Hofdman) Vogelsang. She attended Dexter and Elkton area schools and in 1986 attained her GED. On July 26, 1955, Clara was united in marriage to Norman Vasey in Northwood, Iowa and to this union were blessed with three daughters, Norma, Jill, and Betsy. In 1955, the couple made their home in Austin, Minnesota, where they stayed the rest of their years. Clara loved her role as homemaker, wife, and mother. She enjoyed playing bingo, woodworking, gardening in her flower gardens, casino trips, and taking road trips. Clara loved to watch her family grow and cherished her time spent with her daughters and their families. She will be fondly remembered and dearly missed by all who knew and loved her.

A graveside service will be held at 11:00 a.m. on Tuesday, October 5, 2021, at Grandview Cemetery, Austin, Minnesota. Services are prearranged and performed by Worlein Funeral Home of Austin.

To order memorial trees or send flowers to the family in memory of Clara Vasey, please visit our flower store.