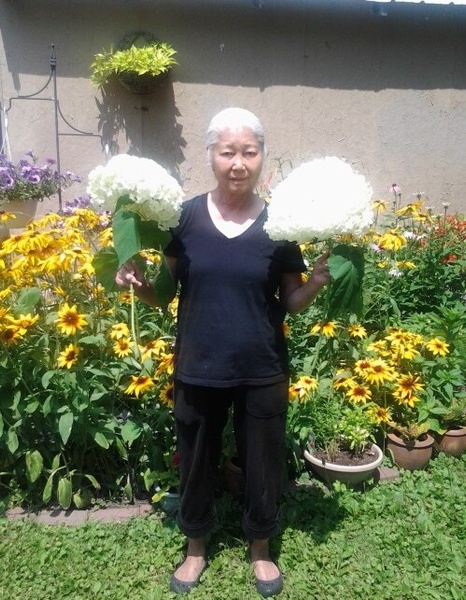 Chu Ok “Kim” Miller, age 75, of Austin, Minnesota, passed away on Sunday, November 7, 2021, at Mayo Clinic Hospital Rochester, Saint Marys Campus. Chu Ok was born November 10, 1945, in Donghae City, South Korea, to Kim Ton Hak and Kwak Ki Cha. Chu Ok worked for the government in South Korea where she met Eddie Lee Miller who was serving in the military. Together they moved to Austin, Minnesota. Chu Ok and Eddie were united in marriage on August 22, 1970, at St. John’s Lutheran Church in Austin. From this union, a daughter, Suzie, was born. The family traveled the country before returning to Austin, Minnesota. Chu Ok and Eddie later divorced but remained good friends. After coming to the States, Chu worked many different jobs as a waitress and bartender. She spent time working at Red Cedar Inn, before going to Tolly’s Time Out where she spent most of her years. She spent time working at Holiday Inn, before most recently being a cafeteria helper at Southgate Elementary. She was an extremely hard worker and worked multiple jobs most of her time.  She loved spending all of her days gardening and watching her flowers grow was a big part of her life. Chu enjoyed going out to lunch with friends, shopping, and cooking. She was known to always have a big smile on her face. She was a member of Holy Cross Lutheran Church in Austin. Chu Ok will be remembered through her many flowers in the garden.

Chu is survived by her daughter, Suzie (John Mason) Miller of Austin, Minnesota; grandson, Walker (Alex Krysiak) Morgan of Winona, Minnesota; a brother and sister, and their families. She was preceded in death by her parents; three siblings.

To order memorial trees or send flowers to the family in memory of Chu Ok Miller, please visit our flower store.