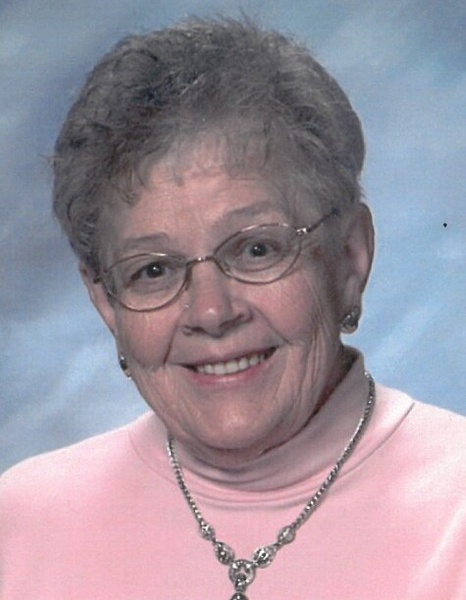 Carolyn R. Bernard, age 83, of Austin, Minnesota, passed away on Thursday, August 19, 2021, at St. Mark’s Living in Austin. Carolyn Rae Sheely was born April 12, 1938, in Ollie, Iowa, the daughter of Charles “Art” and Peryl (Davis) Sheely. A graduate from Elkton High School, Carolyn went on to attend Austin Vocational Technical School. On May 11, 1958, Carolyn was united in marriage to Dwayne Bernard at the Dexter United Methodist Church and were blessed with two sons, Jeffrey and Gregory. For 21 years she was a hairdresser and worked as a secretary for many offices including for a doctor, office manager, and an insurance representative for 15 years. Carolyn loved playing cards, board games, quilting, and embroidery. She was a member of Our Savior’s Lutheran Church in Austin and the Red Hat Club. Some of her favorite pastimes were traveling, camping, square dancing, and bowling. Carolyn will be dearly missed by all who knew and loved her.

A funeral service will be held at 1:00 p.m. on Thursday, August 26, 2021, at the Dexter United Methodist Church in Dexter, Minnesota. Visitation will take place one hour prior to the service. Interment will be in Greenwood Cemetery, Brownsdale, Minnesota. Memorials are preferred to the family. Services are prearranged and performed with Worlein Funeral Home of Austin.

To order memorial trees or send flowers to the family in memory of Carolyn Bernard, please visit our flower store.