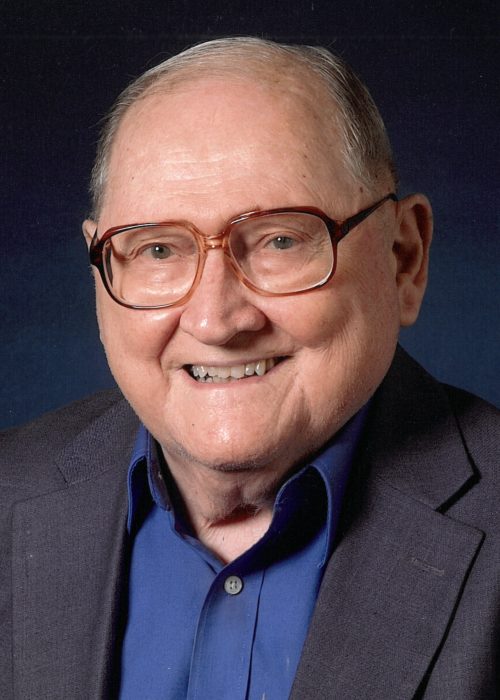 Carlton “Jim” J. Olswold, age 90 of Austin, Minnesota, passed away Thursday, May 16, 2019 at Sacred Heart Care Center in Austin. Jim was born at home in Lyle, Minnesota, to Christian and Mina (Gunderson) Olswold on December 12, 1928. He attended Lyle and Austin schools and graduated from Austin High School in 1946. Jim then went on to graduate Austin Junior College and furthered his education at St. Olaf College obtaining his Bachelor’s degree in Education. He obtained his Master’s degree from the University of Minnesota. In 1951, Jim enlisted into the United States Army, serving in Germany. He was honorably discharged from the Army on December 5, 1952. Jim worked in advertising for the Austin Daily Herald and was a clerk for Hormel Foods. In 1964, he moved to Tucson, Arizona for health reasons and began a career with the state of Arizona in the Social Service Department for over 20 years. While living in Arizona, Jim was very involved with Our Saviors Lutheran Church, where he sang in the choir and enjoyed traveling with the choir, including trips to Norway. He was a former member of St. Olaf Church in Austin, where he also sang in the choir. Jim loved singing, listening to music, and enjoyed his cars and taking them for a drive. He will be greatly missed.

Memorial service will be held at 11:00 a.m. on Wednesday, May 22, 2019 at Worlein Funeral Home Chapel in Austin. Visitation will be held one hour prior to the service on Wednesday. Interment will be in Grandview Cemetery, Austin, Minnesota, with military honors by the American Legion Post 91. Memorials can be directed to Sacred Heart Care Center in Austin. The family would like to extend a special thank you to the staff and care givers at Sacred Heart Care Center for the past two and a half years of great care. Services are prearranged and performed by Worlein Funeral Home of Austin.

To order memorial trees or send flowers to the family in memory of Carlton "Jim" Olswold, please visit our flower store.