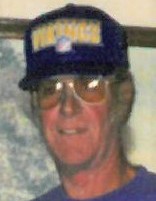 Bruce M. Tabor, age 74, of Austin, Minnesota, passed away on Saturday, June 12, 2021, at Mayo Clinic Hospital Rochester, Methodist Campus, surrounded by his loving family.  Bruce was born in Austin, Minnesota on December 22, 1946, to Wayne and Viola (Jenning) Tabor.  He attended Austin Catholic Schools. Bruce served in the United States Army from November of 1965 until November of 1968.  He received the National Defense Service Medal, Vietnam Campaign Medal, and Vietnam Service Medal.  Bruce was very proud to have served his country.  On October 17, 1970, he married Susan Draayer in Pleasant Grove, Minnesota.  They recently celebrated their 50th wedding anniversary.  Bruce worked many years as a garbage hauler in Rochester and Austin.  He made many friends on his routes over the years and took great pride in his work.  Bruce enjoyed spending time with his family and friends, especially his grandchildren.  He was very proud of all of them.  Bruce was also very fond of all the animals he had over the years.  He enjoyed many sports including playing baseball, bowling, fishing, cards, as well as watching the Minnesota Vikings, Minnesota Twins, and NASCAR races.  Growing up, he loved stock car races with his family.  Bruce loved listening to old time rock ‘n’ roll music, especially Elvis.  Other passions were spending hours making his rock garden organized and beautiful, watching old westerns—especially Gunsmoke, and working crossword puzzles.

A Mass of Christian Burial will be held at 11:00 a.m. on Monday, June 21, 2021, at Queen of Angels Catholic Church in Austin. Visitation will take place one hour prior to the service on Monday. Interment will be in Calvary Cemetery, Austin. Worlein Funeral Home of Austin is assisting the family with arrangements.

To order memorial trees or send flowers to the family in memory of Bruce Tabor, please visit our flower store.