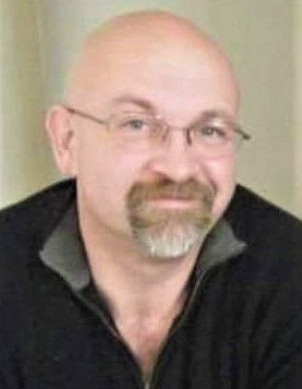 Brian Dale Madsen was born on May 25, 1962 to Dale Madsen and LaVon (Filley) Hernandez. The oldest child of two boys he was a kind, smart, and absolutely phenomenal man.

Brian was a very proud, lifelong member of the Blooming Prairie community. He played football for the Awesome Blossoms until he graduated in 1980 when the love of racing took over. He married Vicki Janning shortly after high school and together they had two beautiful girls before eventually divorcing 24 years later.

In 2002 Brian became a grandpa for the first time but instead of the conventional “grandpa“ he took on the role of “pa” which made him incredibly proud and happy. He later, further enhanced his role with seven additional grandchildren over the next 11 years. Brian lived a life that was full of adventure, love, kindness and always at the root of things… hard work.

Brian to his core was a racecar fanatic. If it had wheels he’d race it, crash it, fix it, or watch it. His absolute favorite car however was the sprint car. He owned and raced more cars than his daughters could ever count in their lifetime, which has made for years and years of wonderful memories for them.

Brian was fun loving, adventurous, funny, kind, compassionate, and always there for you when you needed him with his infamous sly smile. To say he will be missed doesn’t touch the beginning of the feelings for his friends and family who are all now missing a piece of them with his new absence.

Brian was diagnosed with liver cancer in August 2020, at that time the doctors had given him 14 months to live. He said he would be the one to set a record, which his Norwegian stubbornness accomplished, fighting valiantly for another 21 months before very peacefully passing away at his home on the farm with his two daughters by his side on Thursday, May 5, 2022.

A formal visitation for Brian will be held at Worlein Blooming Prairie Funeral Home in Blooming Prairie, Minnesota, on Saturday, May 21, 2022, from 1 PM to 4 PM. There will also be an informal celebration of life held at his farmhouse (15125 84th Ave SE Blooming Prairie, MN 55917) afterwards beginning at 5 PM, there will be pizza and beer, everyone is invited, because Brian’s philosophy is to never leave anyone out.

“Our lives go on without you

But nothing is the same

We have to hide our heartache

When someone speaks your name

Sad are the hearts that love you

Silent are the tears that fall

Living without you is the

Hardest part of all

You did so many things for us

Your heart was so kind and true

And when we needed someone

We could always count on you.

The special years will not return

When we are all together

But with the love in our hearts

You will walk with us forever.”

To order memorial trees or send flowers to the family in memory of Brian Madsen, please visit our flower store.