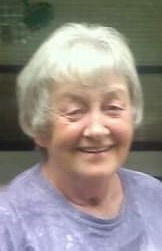 Beverly J. Ingersoll, age 73 of Austin, Minnesota, passed away Wednesday, October 28, 2020, at her home in Austin. Beverly Jean Bowe was born August 2, 1947, in Austin, Minnesota, to William and Alice (Peterson) Bowe. She grew up in Austin and graduated from Austin High School. On September 3, 1994, Beverly was united in marriage to Larry Ingersoll. She worked as a bus aide for Austin Transportation and retired in 2014. Beverly enjoyed being outdoors, camping, shopping, and family cookouts. She also loved her animals and sneaking down to the casino.

A memorial service will be held at 11:00 a.m. on Wednesday, November 4, 2020 at Crane Community Chapel in Austin. Visitation will take place one hour prior to the service at the church on Wednesday. Interment will be in Grandview Cemetery, Austin. In lieu of flowers, memorials are preferred to the family. Worlein Funeral Home of Austin is assisting the family with arrangements.

To order memorial trees or send flowers to the family in memory of Beverly Ingersoll, please visit our flower store.